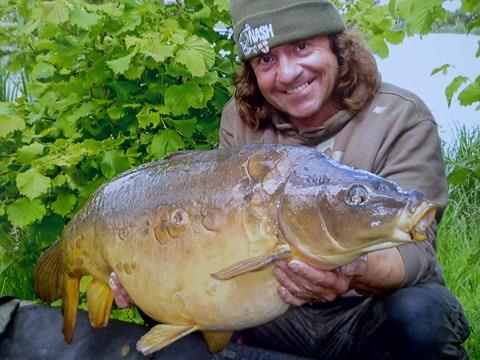 We recently caught up with a true gentleman of fishing the one and only Julian Cundiff.  If you are into your carp fishing then Julian will be a person you have come across somewhere along the line, offering great advice on rigs and fishing styles, Jules is one of those anglers that will always try to genuinely help others as and where he can.

Having grilled Jules with 10 questions we thought you would like to hear the answer to, we have the questions and answers for you right here, right now… 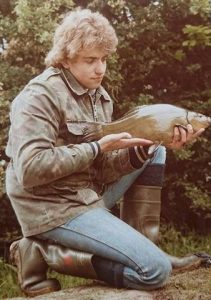 Q. – How did you first get into fishing?

A. – Purely by accident..  No one in my family fished and I don’t recall school chums fishing either.  I was out for a bike ride with my pals ( I was 10 at the time ) and one of the rides took us to Drax Pond.  Cycling round the lake ( probably to the annoyance of the odd member there ) I came across an ” old bloke ” fishing, in fact he was just landing a tench.  I was intrigued and stayed to watch whilst my pals cycled on and left me.  Literally an angler was born there and then.  The man was Eric Hodson an accomplished big fish man and he took me under his wing…..  And that guys was some 44 years ago…… 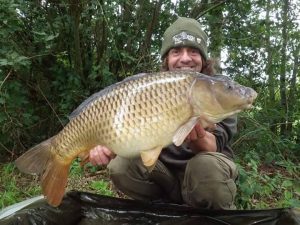 Q. – When did you know that carp were your favourite species?

A. – Not for ten more years.  Eric was not a carp fan at the time and referred to them as ‘ steam pigs’…..  I started off chasing small perch and bream, graduated to tench, eels and pike but it wasn’t until 1983 that it got serious.  I’d had the odd carp by accident but watching two guys carp fishing at Drax, borrowing a copy of Carp Fever and The Carp Strikes Back ignited that spark.  For the next three years it was carp June to November and pike November to March when the close season kicked in..  By 1986 ‘ carp fever ‘ had taken hold and thereafter its been carp 24/7…

Hanging with one of my icons the legendary Rod Hutchinson

Q. – When did you first start rolling your own baits?

A. – 1984… I would use fish paste and binders and make smelly paste that I lightly boiled to skin them a little.  Really worked well in the formative years..

I had two years then with ready rolled baits before starting to roll my own permanently from 1986 with the formulation of Nutrabaits and my friendship with Tim Paisley and Bill Cottam. 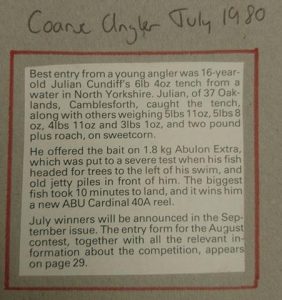 Q. – What advice would you give someone coming into the sport?

A. – Don’t kick the arse out of it and get overly obsessional about it.  Believe me it’s not rocket science, it’s not a cure for cancer and with care can be a lifelong hobby.

Even from the start ( and I am as obsessed by it as anyone ) I still had my interests in girls, music and motorbikes…  That meant I didn’t burn out as many do…  So don’t give everything else up in the pursuit of carp…… 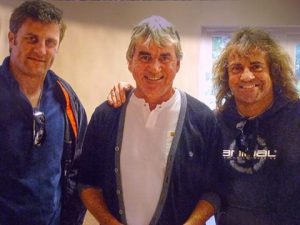 Q. – When did you first join Nash and what was it about the company that attracted you to them?

A. – 1989 mate..  I’d just started to make a name for myself in the papers and having caught my first thirty pounder Kevin wrote me a personal letter saying well done, did I want any free gear from Daiwa as he ran the Daiwa Carp Team at the time.  We corresponded and stayed in touch and he offered me product support from Nash too.  What did impress me was that he was one of my Fishing Icons, didn’t try to poach me from Nutrabaits and was straight to the point.  We have been friends since that date and here I am almost thirty years later doing my bit.  Longevity and loyalty…… 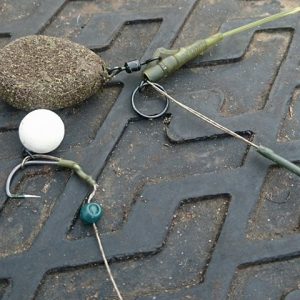 My rigs tend to be pretty samey but very effective

Q. – If you could give one secret away for enhancing a hookbait what would it be?

A. – My honest answer is by putting it in the right place with the right rig for long enough !!  That said being slightly more helpful I’d say don’t be afraid to use bright hookbaits no matter what others may tell you.  My starting point is a small but ultra buoyant white pop up whether fished singularly or over a feed bait like Key or Key Cray.  If that does not work then I will try yellow or pink…  Simple but proven advice that people !! 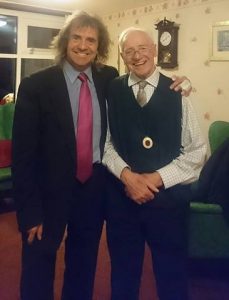 Balancing work and family is not easy but it’s possible

Q. – What advice could you give to someone trying to fit fishing and a full time job into their life?

A. – Preparation is the key to success.  First of all find the right water for you so that you  fish it regularly and more importantly want to fish it regularly.  Ensure your gear is organised and to hand.

Rigs need to be tied in advance as bank time should be for looking and catching not rigs up.  Set time aside for fishing and don’t fall into the trap only going when it’s good conditions.  If there’s a window of opportunity to go you go.  Look at things long term but when you are on the bank give it 100% effort….. 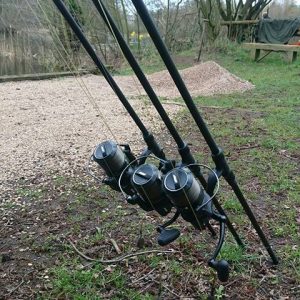 Nash Persuits and Fox FX reels are my choice

Q. – We see you talk about bait a lot but what is your favourite tackle set up?

Boring but yee gods it’s caught me some carp …. 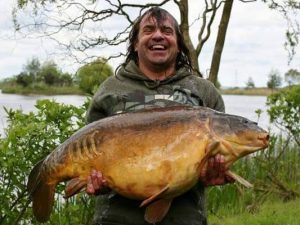 Q. – What is your most memorable fish capture and why?

A. – I guess it’s still Decade from Church Lake at Nashys at 49-06 because it was a PB.  My mum had died the previous October and forcing myself to fish PROPERLY was not easy and it took quite some self discipline.  To be honest I didn’t do anything different to how I catch 15-35 pounders and looked, found, watched and baited…  Good old Multi Rig in the edge and bingo.  To share it with my best man Duff Battye and Kevin Nash was very special indeed….Happy time’s

A proud moment being inducted into the Carp Talk Hall Of Fame. Work hard and it can happen.

Q. – Lastly, there are a lot of people trying to make a name for themselves in the fishing world, is there any advice you could give them?

A. – Do it because you like carp fishing not because you want to be “famous”..  Don’t try and be a watered down copy of another well known angler or anglers and be yourself.

Catch plenty of carp, size is immaterial in many ways.  Don’t flit from company to company and show loyalty.  Go to the carp shows and get your face known.  Don’t post anything negative on social media.

Smile and enjoy it.  Learn how to type, how to use social media and photograph everything…  Think long not short term and simply don’t be a dick….. (we seriously loved this answer)

Thanks for the opportunity…

Always happy to help so contact me on social media