Rambling After my initial success using boiled baits and hair rigs, I thought I should perhaps try and catch some big fish, at this time twenties were still very desirable. Kevin Maddocks had recently published that in one season he had caught twenty twenties; this became the yardstick that carp anglers used for the next
Read More
The Boring Bit While living in Canada, I had developed an interest in trout fishing and the first few years of living in Ashford I spent the spring and summer trout fishing and the colder months fishing the Kent coast for cod, I also developed an interest in big roach. The trout fishing was so
Read More 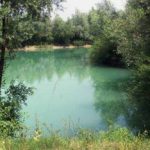 Ever since I was a kid, eagerly devouring the works of such anglers as Jack Hilton and Chris Yates, reading every article penned by Rod Hutchinson and knowing off by heart the account by Richard Walker of his famous record, I have been obsessed with catching carp and all that goes with it. The mystic,
Read More
1. Clear the sink. Or get your wife/partner to do it for you since it is women’s work, washing up. My chief angler recoiled in horror because there was a fork left in ours – ‘Can’t do anything until the sink’s cleared,’ he said – and walked away from it. Seems that if you have
Read More
Perhaps one of carp fishing's most contentious areas, along with rigs, is bait. There are almost as many theories as what there are flavours and that is saying something. Over the years a multitude of products have been available to all and sundry and in the last few years some very good baits have been
Read More