In Need Of Caffeine!

Dropping in on one of his target water to take advantage of some favourable weather conditions, Solar Tackle team member Alain Servaes enjoyed a hectic overnighter landing 7 carp to 33lb using Solar's The Originals Club Mix boilies. Sleep deprived, the following day at work was tough… but well worth it! Alain explains: 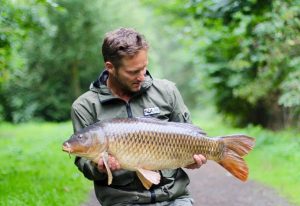 “With mixed conditions of sunshine, rain and southwesterly winds, it was high time to pay the old pit a visit for an overnighter. This is a venue I’ve been nipping back to for odd sessions almost since I started ‘seriously’ carp fishing. I love the place and there are still a few gems in there I have yet to catch.

“I arrived at the lake in the early evening and immediately saw fish showing. I couldn’t get the rods out fast enough as I knew I could be (hoped I would be!) in for a hectic session. 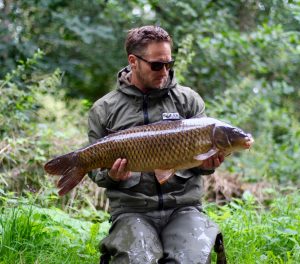 “Both rods were cast to the area where the fish were showing, both with a snowman presentation with a Club Mix bottom bait and Dairy Cream pop-up. A few handfuls of The Original Club Mix boilies were scattered over the area using a throwing stick and I set to getting the ‘house’ up for the night.

“By the time I’d got the brolly up the light was fading, and I’d already landed three small commons, in a little under 2 hours. 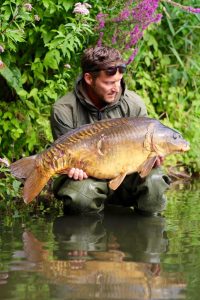 “After topping the swim up with more Club Mix it was time for bed, but no more than an hour later I was up, doing battle again. This one pulled harder and kited from right to left. After a good scrap though I slipped the net under a 33lb mirror, one that I first caught 17 years ago, and one that is a rare visitor to the bank.

“I was woken a couple of hours later by a screaming take, the culprit being a big grass carp. It fought really hard, even when it was finally in the net. With grass carp being notoriously feisty I unhooked it in the net and slipped it back without weighing or a picture. Before I’d got the rod back out the other rod tore off and it was a repeat performance with another big grass carp. 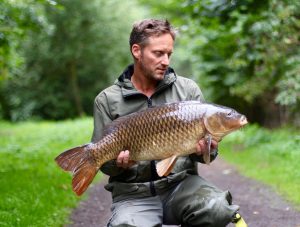 “With both rods back in position and more freebies scattered over the area I managed a couple of hours sleep before landing a 22lb common at first light. Shattered, but with 7 carp including two big grass carp and a 33lb mirror for my efforts, I packed up and headed off to work loaded with adrenaline… and in need of caffeine.

The Originals baits will be released from Solar Tackle at the end of August.