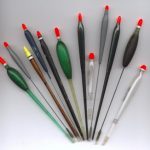 The float drifts away from me, downstream, tugging impatiently at the line. It’s partnered by a newly dropped autumn leaf, gleaming golden in the sun’s rays. I hold back the float, with my middle finger lightly pressed against the rim of the spool. Strangely, the leaf also pauses in its journey, seemingly waiting for the
Read More
Neil Williams – A Member Of The Lunatic Fringe! I quite often meet members of the lunatic fringe in this job. Slightly insane anglers are, I’m pleased to say, not too thin on the ground – in fact, I’ve encountered so many that I’m beginning to think there must be something in the water…….if only
Read More 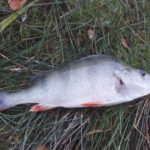 Let me start by saying that summer is not the best time to catch perch in numbers – at least not in my waters. This is because perch are scattered about at this time of year rather than shoaled up as in the colder months. However, this does mean that we can usefully employ roving
Read More 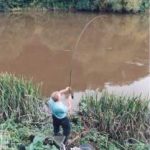 With all those reports of barbel from the Sussex Ouse I was tempted to give it a try and did, but unsuccessfully, for while more barbel than ever before were caught from that river in 1998, it still only amounted to a tiny fraction of what gets caught from those famous rivers: Kennet, Severn and
Read More
Read More