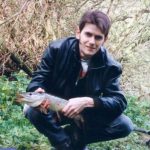 How to lose lures and not influence fish It was nearing half past one in the morning in the rusty old van. We were reflecting on yet another mad gig, this time in Hinckley. Playing in a thrash band can be a dangerous thing, and we’d caused another near riot in an ill-prepared pub. Still,
Read More

One of the great things about lure fishing is the mobility. One of the great things about the mobility is the opportunity it gives you to talk to many different anglers during a session. As you move from swim to swim, talking to carp anglers, tench fishermen, matchmen out practising, you soon build up a
Read More
When I wrote my Flavours and Attractors piece for Crafty Carper (Nov 98), I was very surprised at the large number of calls I received asking for further information. Some of these were very perceptive; which made me realize there are far more serious carpers out there than I thought. There are also many less
Read More
The question I am most often asked is "How do I do outside flavouring"? So I say, you do it like this: 1) Get some plastic freezer bags from the supermarket, the ones with labels on. They come in three sizes, and you want the smallest. 2) Squirt the chosen flavour into the bag. (see
Read More
I knew where the predator lay. I'd spotted the give-away movement in the shadow of the bush. It was a short cast, but a difficult one. I flicked the homemade lure to land just beneath the lower branches. I saw the movement as the predator turned. Hardly daring to breath I tightened the line and
Read More