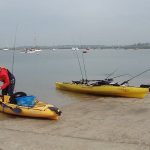 A new one on me – I’d never fished the River Alde at Aldeburgh, Suffolk before and I’d never fished specifically for Bass before. I’d also not had a Bass from the yak and not fished with Billy before so quite a lot of firsts for me on this session. Billythebass had come over a
Read More 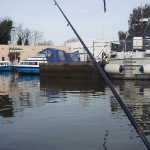 Beccles 28th February 2008 This morning, my fourteenth launch of the year, started off differently to intended. I had an extra half an hour of fishing time and considered driving an extra hour each way to Norwich to try and tempt one of the Barbel that swim around in the Wensum. I’d seen good carp
Read More 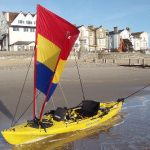 Lowestoft 25 February 2008 Monday is a free day for me at the moment but I’m without a car that day so it’s sea or nothing. Last week, with the fog, meant nothing so today just had to be sea. Unfortunately I can’t get fresh lug on a Monday and don’t like keeping it to
Read More 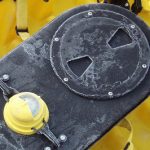 20th February 2008 I’ve been fed up all week. It’s been ten days since I got on my yak in the water, 12 days since I fished properly. I should have been fishing Monday but was fogbound for the sea and car-less for the river. Bear with a sore head, that’s me – but sore-headed
Read More 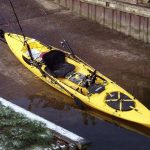 5th March 2008 I had to take some photographs for college today and – surprise surprise – they involved being on the yak. So, I cancelled the morning session to do my snapping and made plans to be present for the afternoon session at 2m (knowing full well that I would only be required to
Read More