Found out by accident that Nashy's flavourings make exceedingly good cakes. My sons had used up all my cake flavourings, for their boilie experiments, before carefully replacing the empties so I wouldn't find out. Faced with a basic madeira and no vanilla essence I visited their bait cupboard and found some little bottles with Kevin
Read More
A while ago there appeared in an EMAP angling magazine, an advertisement, small and discreet, offering a service. 'Friends or Lovers for Lonely Fisherfolk,' it declared, together with a box number for applicants.A date line for those who have been abandoned at the river bank. Haven't we all, at one time or another, I hear
Read More

By Steve Richards of The Perchfishers Are you sitting comfortably? Then I will begin. I suppose my fishing career started when I was about 5 or 6 years of age in Croyland Brook, being a Northants man. This Brook runs through Croyland Park, Wellingborough and we lived at the top of the park so you
Read More 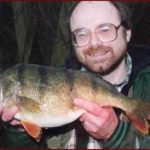 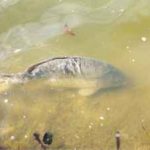