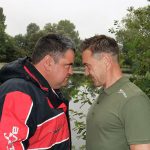 Bait-Tech Celebrates 10 Years! Bait-Tech is TEN years old!  As part of the celebrations, the international bait company has organised a unique match between their Carp Team and Match Team of anglers. The seat-box team will be led by top match man Andy Neal and they’ll be taking on the green bivvy boys led by their main man
Read More 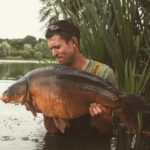 Dave Wood Joins Solar Tackle Solar Tackle is pleased to announce the signing of Dave Wood to the Solar Tackle team. The 29 year old fishery manager from Surry already has a well-earned reputation for successfully targeting big carp, and is particularly good at succeeding on tricky venues with short sessions. Commenting on joining the
Read More 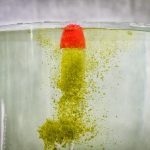 The Sodafloat – One float for every bait Have you ever wanted to fish with chopped worm for those chub that hang about in the middle of the lake, but don’t seem to come to the feeder? or wanted to cast a float tight to the reeds at the far side but kept losing your
Read More 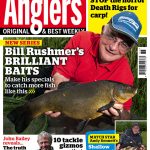 THE new Angler's Mail print magazine is out now, loaded with exclusive material that will brighten up your angling week. It costs just £1.99 and is loaded with essential content. A new series starts in this issue - BILL RUSHMER’S BRILLIANT BAITS. This new Angler’s Mail series gives exclusive insight into highly effective baits that
Read More 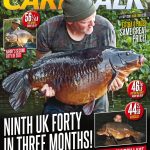 Carp-Talk 1190 is available to download now and in shops Tuesday, featuring an extra eight pages for the same great price! Download at pocketmags.com/carp-talk-magazine#57595d02e03f4 We review Stuart Higgs’ awesome year on the Horton Church Lake that has seen him land nine forties in three months! Also, look out for Fingers from Horton Church Lake for Darren Willeatts, Black
Read More