Christmas is just a few weeks away and yet it only seems seconds since I got back from Birch Grove in August; time is going way too quickly of late! My fishing since then has been rather sporadic and I hardly managed to get out at all during September. One trip out I did manage
Read More 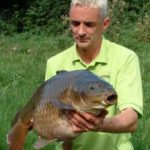 At the end of my previous piece I’d just had my first two carp for the year from the Top Pool. I was made up with the result although neither fish were of the size one would normally expect; at 12lb 4oz & 8lb 12oz. No matter though, I’d attained the target I’d set myself
Read More 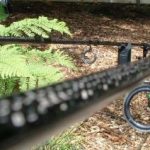 When Dave Havers of Tacklebargains.co.uk called me to say he’d got a batch of carp rods in for reduced clearance, I must say, I was over to see him in a shot. Don’t get me wrong, I’m more than happy with the Sportex rods I had built around four years ago, but just lately there
Read More 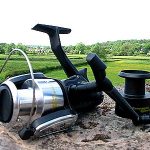 For those who want the benefits of a baitrunner style system for specimen angling but don’t perhaps have the budget to stretch to a set of Shimano’s, this free spool reel from Kudos could be just the ticket.  It’s a cracking little reel that’s very stylishly designed; easily holding its own in the looks department
Read More 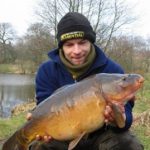 I’ll make no secret of the fact that I’ve been invited to join Mike Willmott’s Team Essential for 2003. However, before I talk about the products I’m using I’ll explain why I’ve made the decision to use bait from Essential. Going back a few years, when I was putting together a ‘where to fish’ guide,
Read More