Epilogue I have just read through my little piece of literary blemish, it could be better but to do it again would be too tedious. The first few pages were originally written as an article for the B.C.S.G. magazine but as I did not rejoin the article became redundant. My kids enjoyed reading it so
Read More
An Extra Bit - Written October 2000 Why is it that no matter what the weatherman says the conditions are going to be, it always blows a gale and pours with rain when I go fishing? Take today for instance. It was supposed to be bright and warm, so I dressed accordingly. I am now
Read More
The Technical Bit Every now and again, when reading through the Angling Press, I read of anglers having results that have surprised them during the winter. Sometimes it is because they have had a lot of action from shallow water and sometimes its because they have caught a good fish from a lake that is
Read More 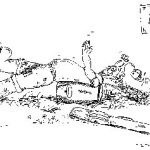 A Bit More About Bait Although I would never suggest that the type of bait that you use is particularly important for catching carp I would, as previously written, suggest that if you are going to use any quantity of bait to make sure it is as complete as you can make it. It doesn't
Read More 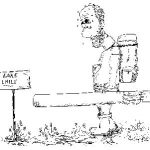 Strange Happenings At Broadlands I have only fished Broadlands three times and to be honest I don't like it at all. It’s too crowded, too artificial and too heavily stocked with small fish for my taste, but a lot of people do seem to like it. I haven't fished it for a few years, but
Read More