Long time friend, Simon, had been itching to get a session down at the well-known Marsh Farm fishery, in search of the crucian carp, and after several attempts to link up we were finally able to fit in a visit.

Arriving well before Simon, to ideal weather conditions, warm, calm and overcast, I setup in one of my favourite pegs on the railway bank. If you’ve read my previous blogs you will know my tactics for this lake, close range float fishing with one rod, and a small pellet feeder out by the island for the second rod.

Things got off the a flying start, and within the first 20 minutes I had a 3lb tench plus a near 2lb crucian, both on the float rod. The tench had some very nasty wounds on it, inflicted by who knows what…a mink perhaps? 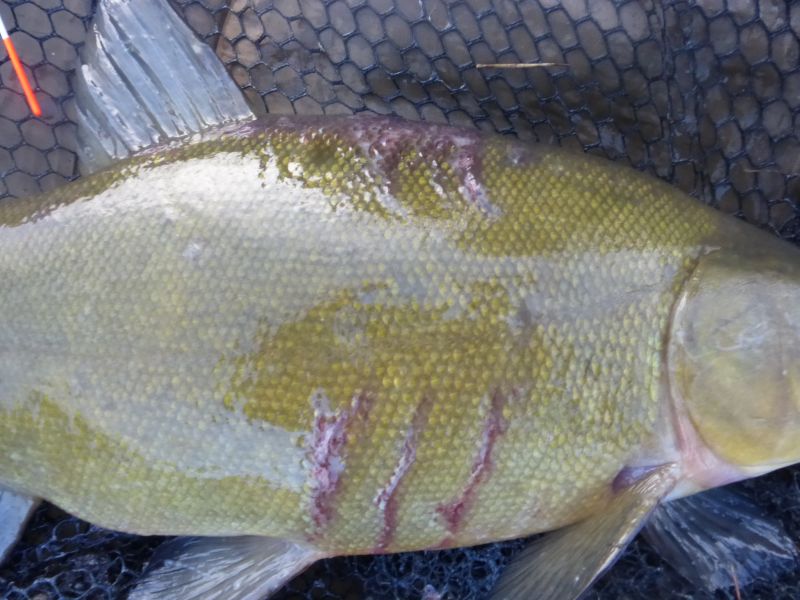 Once Simon had obtained his day ticket from the shop he set up in the swim next to me, adopting similar tactics to mine, and was very quickly into fish, with this nice tench weighing 4lbs 9oz if I remember correctly. 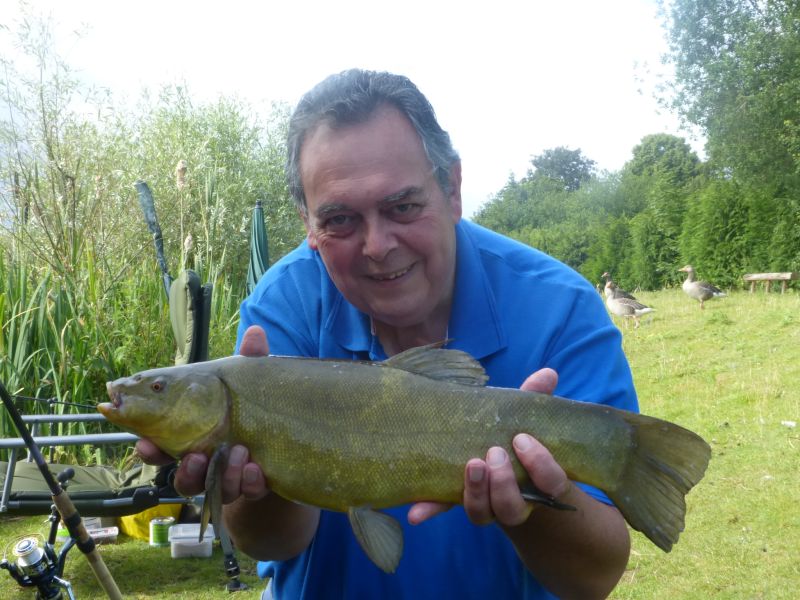 Shortly after that I managed the first of several double hookups during the day, with a 2lb 6oz crucian taking a liking to my float fished amino pellet, and one of 1lb 6oz falling to the pellet feeder rod. 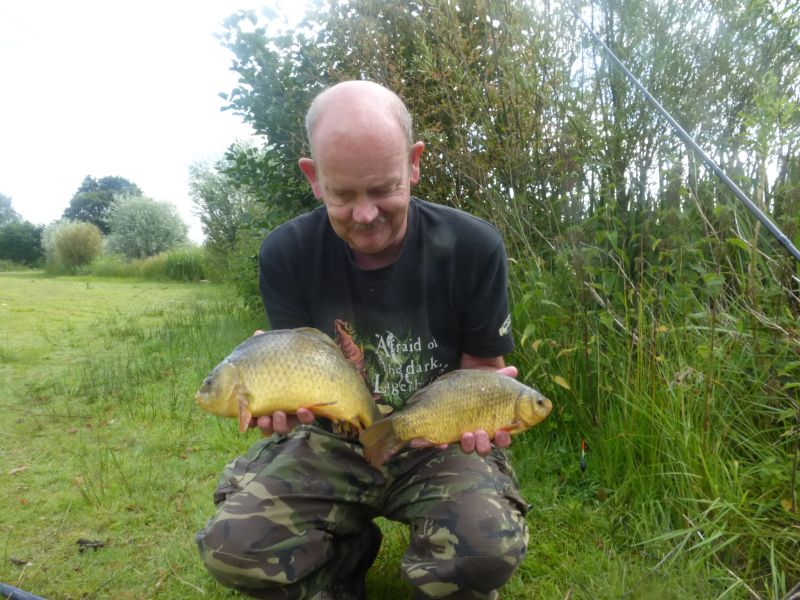 Fish came steadily throughout the morning to both methods, and by the time I started packing up around 2pm my total was thirteen crucians, three over 2lbs, and eight tench to 5lb 8oz. The largest tench was part of another double hook up, on float fished pellet with a 1lb 14oz crucian on the feeder rod. 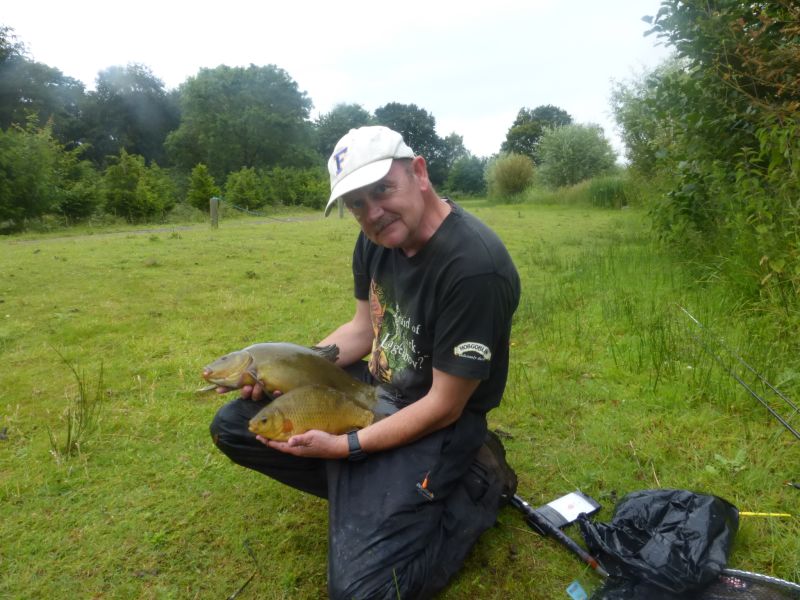 Simon meanwhile had been catching at a slightly slower rate and whilst he was finding the tench, he had not been able to get any crucian carp, his main target for the day. As such I suggested he move into my swim, which he did, and even before I had finished packing up he was into a nice fish. 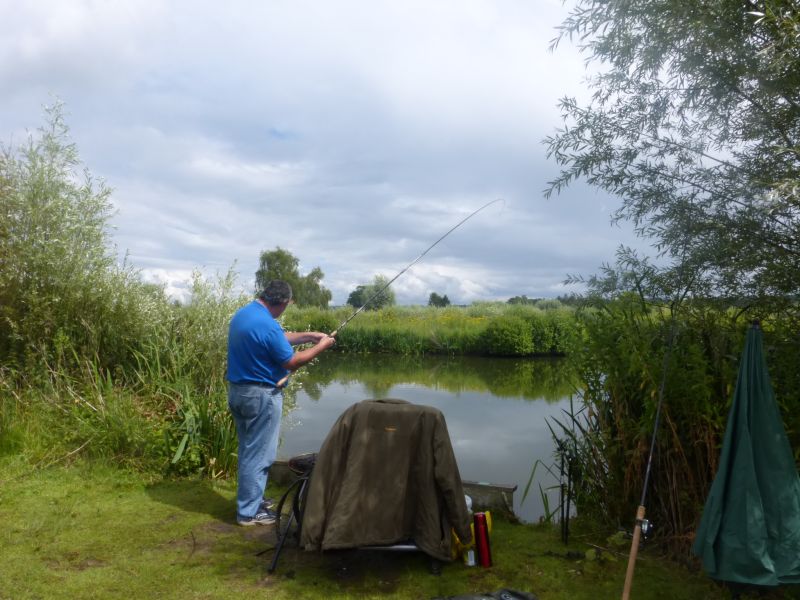 Best tench of the day, 5lb 11oz, from the swim I had just vacated ! 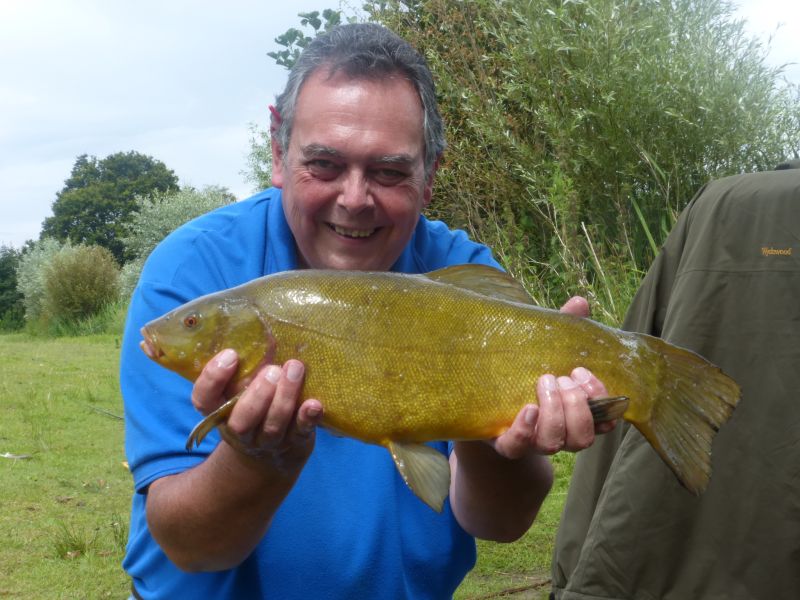