Alas poor Yorick….it was not meant to be, he didn’t catch any big rudd either

A lovely afternoon to be on the bank side, and this time as well as crucians, I also hoped to catch one of the big rudd which inhabit the lake. As the reader will more than likely know, rudd are very much surface feeders, and one of the best times to catch them is in the fading light of a summer evening. Yes I know a lot of rudd fall to legering tactics, but trying to hook one on a slow sinking maggot when they are taking feed in the surface levels requires far more concentration and involves way more frustration as they are such fast biters. A nearly flat calm lake would help me to spot any surface feeding fish today. 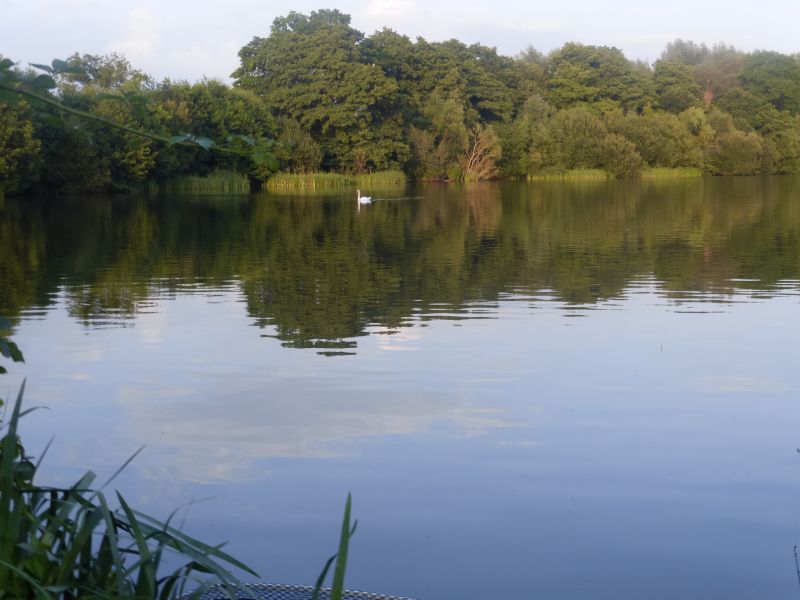 First you have to wait until a shoal of rudd starts to dimple the surface, hopefully in your swim, and to encourage this I was using the catapult to fire in a few caster and maggots every 5 minutes or so. In between this, I was float fishing little bits of prawns and had five small tench on this tactic, including a gorgeous but very stroppy little specimen, all 4ozs of it…so good to see fish of this size at times! 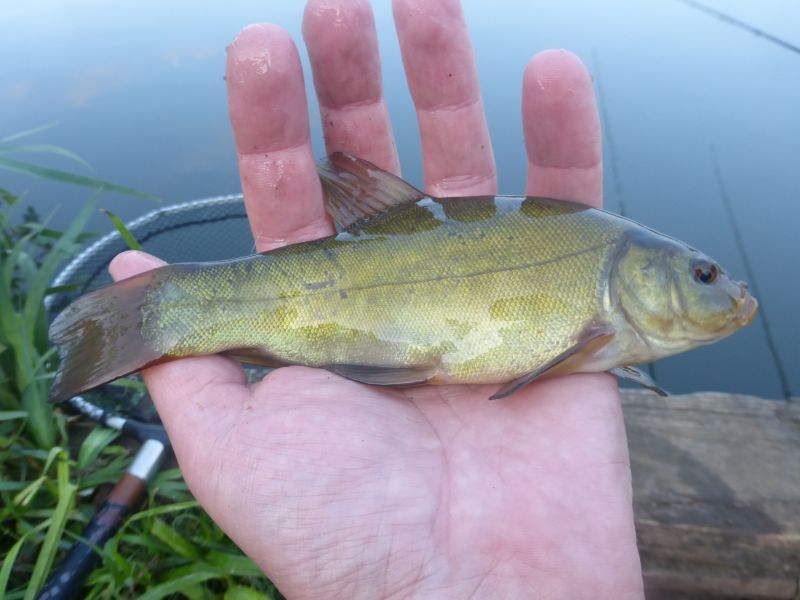 My frequent offerings of caster and maggot were eventually successful, leading to the swim absolutely boiling at times with fish taking the grubs on or just below the surface. In reality, I don’t think it was my feeding approach, more likely the shoal of rudd were just on their normal evening patrol route and came across my swim. In a very hectic 30 minutes I managed to hit around 1 in 15 dips of the float, not a good statistic….must be getting old! And I didn’t get any big rudd, although every one of the half dozen I did manage were all in the 8-10 oz range. 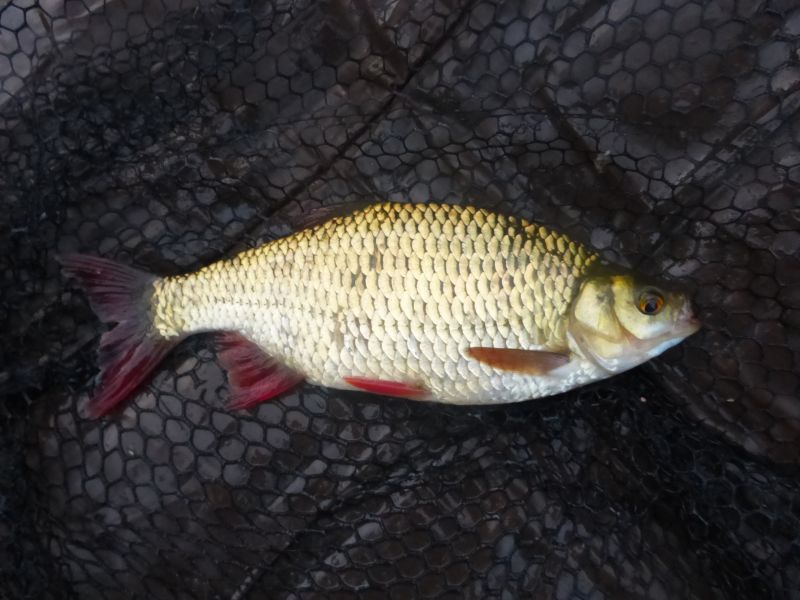 The point at which the light levels dropped so as I could no longer see the float also coincided with the rudd disappearing, so I switched back to standard float fishing, with a starlite. Having to be off the water by 11pm, I don’t have a night permit for this lake, gave me another hour or so of fishing, during which time I had a tench of around 4lbs plus this lovely crucian of 2lb 12oz. 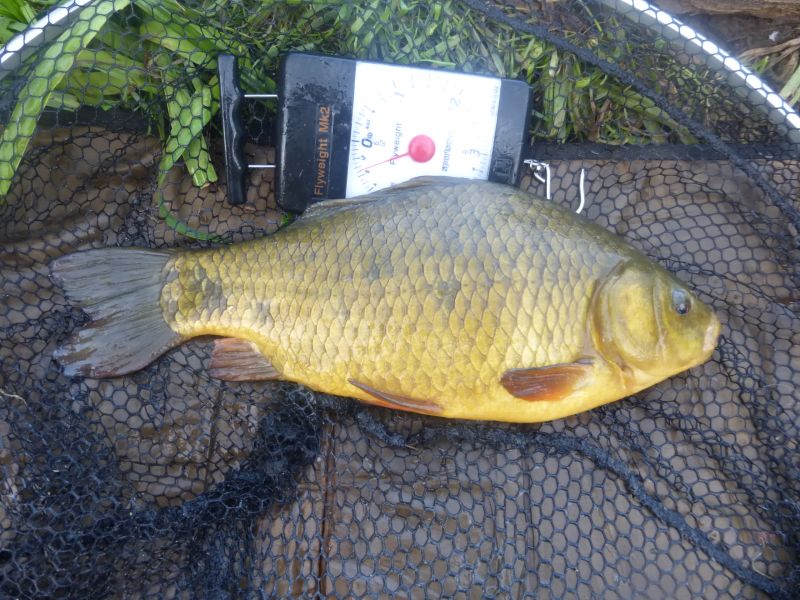