Warm (still 18ºC when I got home at 0100), overcast and DRY - despite the forecast and the downpours the day before. There was some VERY annoying light drizzle for the last hour or so - but overall conditions were very benign - thankfully!

3 Time lucky! This is the 3rd IAC fish-in I've organised in 2020 and the first one to actually take place. The Grayling day on the Itchen in Feb was cancelled due to Storm Dennis. The Marsh Farm fish-in in June was postponed due to Covid so was thankful this deferred date got off the ground. Covid depleted numbers (some  not getting time off work having only recently returned from furlough) but it was as ever a social as much as a fish-in - and raising some money for Sue Ryder in memory of Paul. All the talk leading up to the day was on what the weather would bring - with 3 of the party also fishing the venue the day before and sitting out apocolyptic amounts of rain! Thankfully we had not a single drop of precipitation until well after dark when Brian and I were the only ones left - and some VERY annoying light drizzle set in!

Fish during daylight hours were sparse - with Howard winning the day with the biggest crucian, caught by the cut-off, at 2lb 7oz. (He also had the 2nd best at 1lb 10oz). As usual on these days all my action came at dusk and once the 'offical' competition had finished  - with a rather splendid (if somewhat obese!) crucian on the stroke of 9 o'clock weighing in an ounce over 3lb - my biggest from this venue for 7 years. 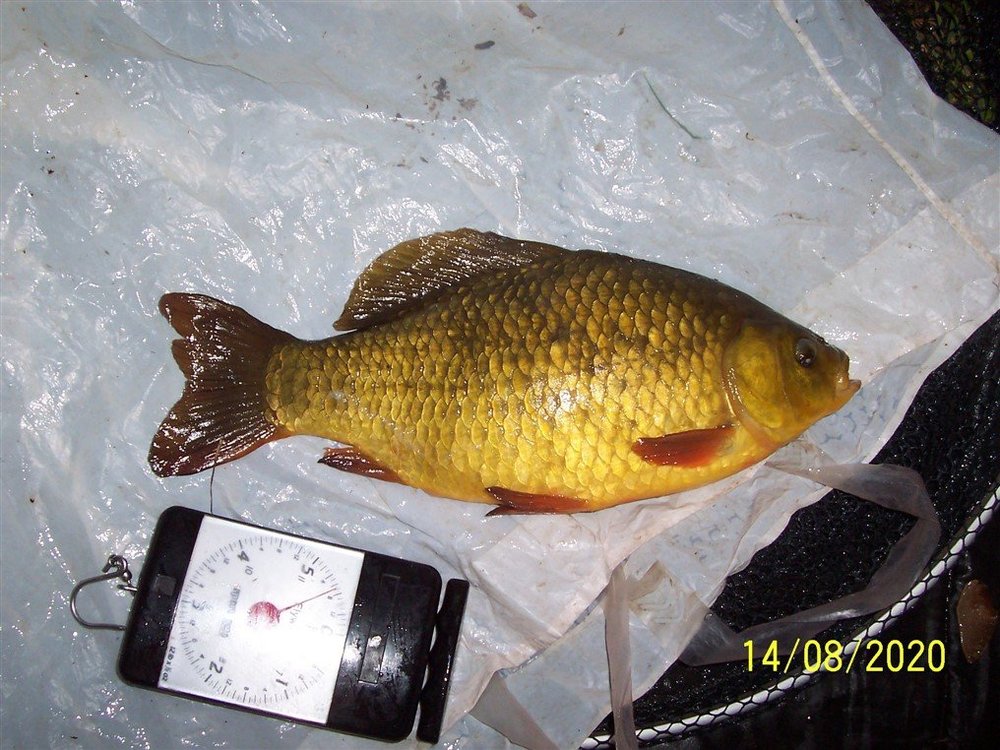