As part of our 10th Year Anniversary celebrations we ran a competition in conjunction with our friends at Total Carp Magazine to offer one lucky reader the opportunity to win a years full sponsorship. That winner - Martyn Davies! Since joining the team last year he has shown a great deal in terms of dedication, commitment and passion towards not only his own fishing but also assisting Bait-Tech with catch reports, articles and magazine features too!

As a company the level of participation shown is something doesn't come along that often so we were more than happy to make Martyn a consultant on merit rather than a competition winner and is fully deserved. 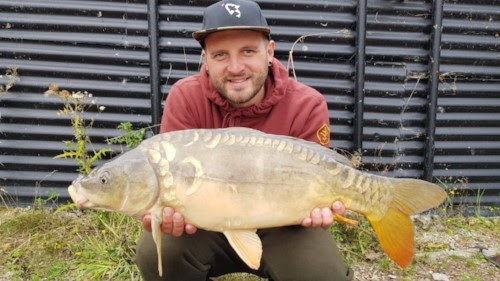 Martyn added: "When I won the competition it was never going to change me as a person, my attitude or even as an angler but more of that I would be lucky enough to have some exciting new products at my disposal, get to test baits and get involved with things that I normally wouldn't have had the opportunity to do. This year I have attended various shows, met lots of new people along the way, created social media content and have even appeared in & written my own magazine features. I'm over the moon to have signed a deal for another year and I hope it'll continue for the foreseeable future!"

Bait-Tech Managing Director Hayley Goldsmith had this to say: "Over the last year Martyn has shown incredible dedication to the position he 'won' and letting him go wasn't going to happen! We're delighted to offer him a consultancy deal on merit for the next year and we're certain that he will continue to do a brilliant job for Bait-Tech and catch a few fish along the way!"