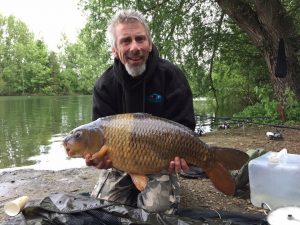 Baitwize co-owner Adrian Thompson spent four days at Linch hill Fisheries on willow lake.  It was his first time at the complex and he originally planned to go on christchurch lake but couldn't get on so willows it was.
At 14ft plus deep and 7 acres Adrian and his friends were glad to be advised that 90% of the fish caught come out of the margins so they proceeded to bait up their spots and got ready to try and catch some fish 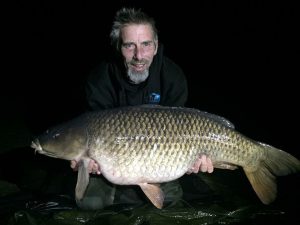 Adrian had set his hookbait up as a prototype mussel boilie finished with a yellow topper.  His first fish came 17 wraps out in open water and weighed in at 17.5lbs
Then Adrian transferred his attention a bit closer and fished the same hookbait 6 wraps out just off the marginal weed bank.  This tactical move resulted in a very nice 31lb