As Rusty alluded to in his most recent blog, there would be three reports from the same outing on 9th Febraury….and following on from Chris, this is the last. The reader may think that being the last to be published means it has taken the longest to write and is therefore likely to be a work of literary genius. However…..it probably isn’t.

Being the chief organiser of the day, my plans got off to a very poor start when, less than 24 hours before the meet up time, I found out that we wouldn’t be able to have access to the stretch that I really wanted to fish. Then, to add to my sense of dismay, I saw the weather forecast! From being really excited about a day out on the river I started to look forwards to the beer on the way home, and that was before I had even done any fishing!

The day dawned exactly as forecast, well, not so much of a dawn, more a change in light conditions from totally dark to nearly dark. At least it was light enough to see the edge of the river as we walked upstream to our chosen swims, and to see the snowflakes. After trying the main river a little further downstream from Chris, spending 30 biteless minutes, my usual impatience set in, and with so much water to explore, I went for a wander. Now, the sensible thing to do on a day when the angler knows it is going to be tough going, is to fish swims that have produced results in the past. So, I did the exact opposite and went to explore a section I hadn’t fished before! The reader will agree however, that this first swim looks like a perfect chub haven. 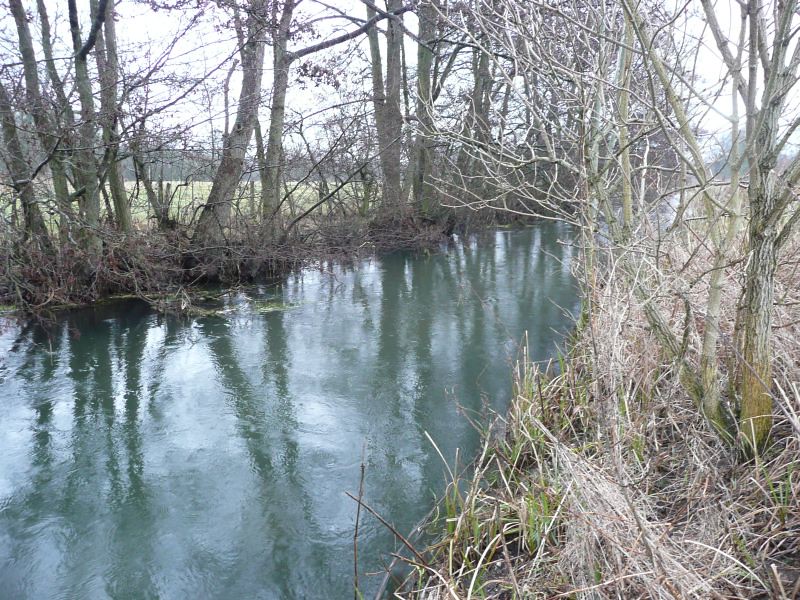 Unfortunately, the chub didn’t have the same opinion and I didn’t get a bite. Another 50 metres downstream and an even more “chubby” looking swim. Surely there would be hordes of chub here, even Mr. Crabtree would have been dribbling at the prospect of fishing here. 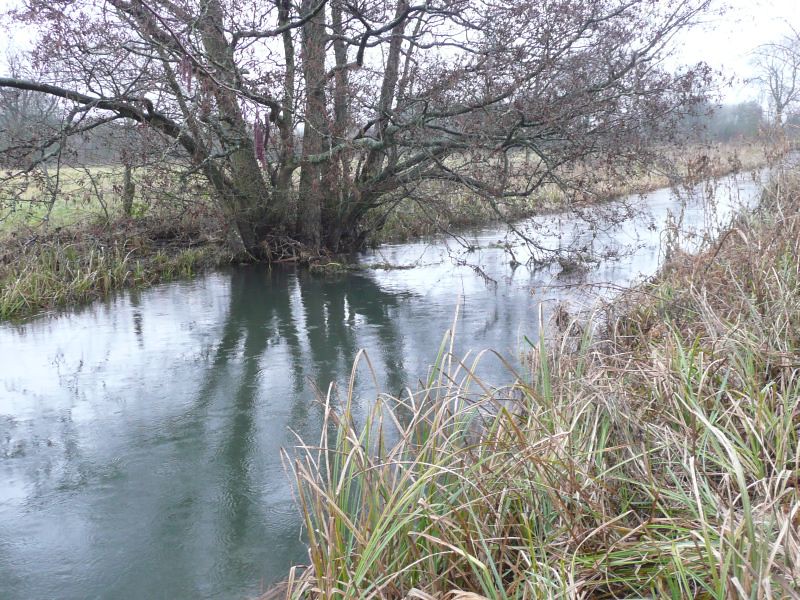 Fourth trot through, the float dipped and a fish was very briefly attached to the other end of my line, before the hook pulled. Checking the size 18, I established that the hook point was about a sharp as a stick of celery, so new hooklength attached I tried again. After another 5 minutes feeding maggot and guiding the float through the trailing branches, the float dipped again, and this time the hook held. At a few ounces under 3lb’s, it wasn’t a monster by any stretch of the imagination, but mission accomplished, my target for the day had been to catch a coarse fish! 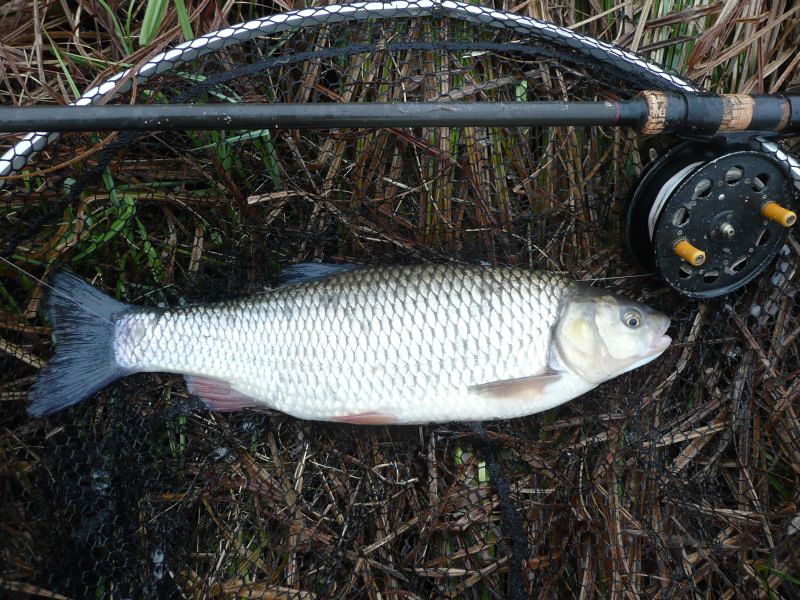 Little did I know as I poured a celebratory coffee, that this was to be my only coarse fish of the day! The hordes of chub that I expected to be under the branches….weren’t there or at least if they were, then my maggots were failing in their task of attracting fish to eat them.

Having negotiated our mid-morning relocation to a new section of a Kennet carrier, I went all the way to the top limit, and it was easy to see at this point why it is called a chalk stream! 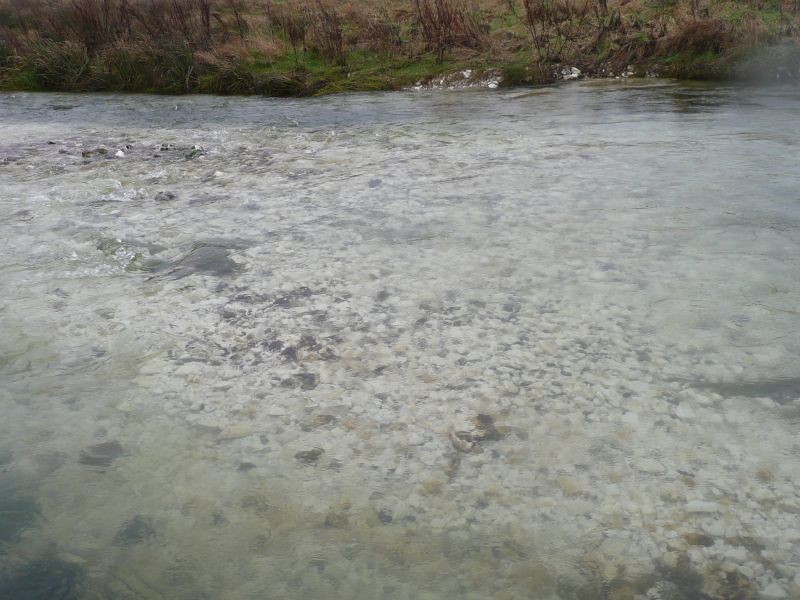 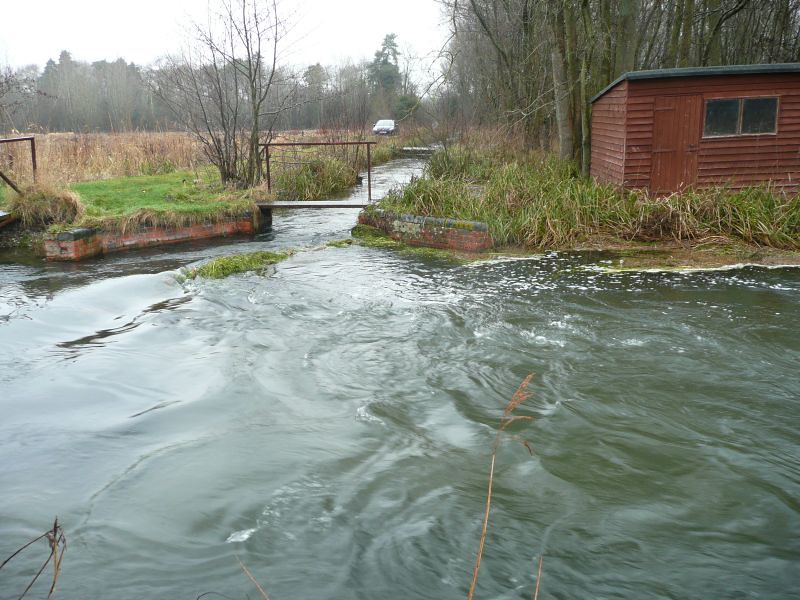 Back to the main Kennet after lunch, for more walking around throwing maggots in likely looking spots. Yet another “chubby” looking swim,......with no chub. 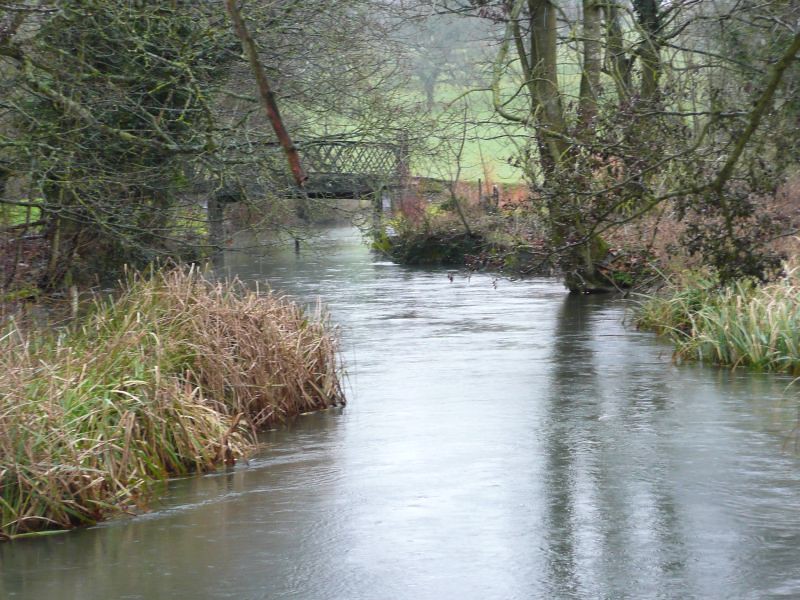 I did manage to catch another three fish in the afternoon, two more brown trout and a very fat rainbow of around 5lbs, before the light started to fade…. 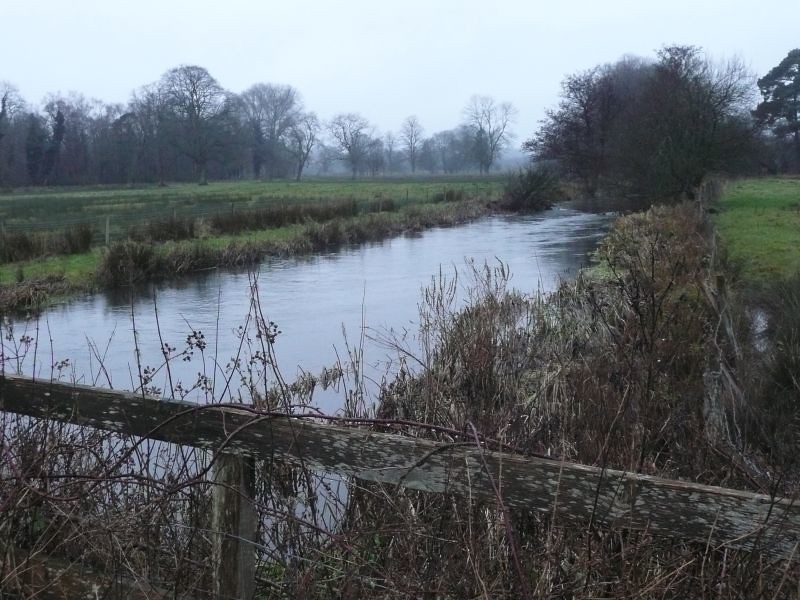 ….and the call of the pub with good beer and an open fire became too strong to resist. 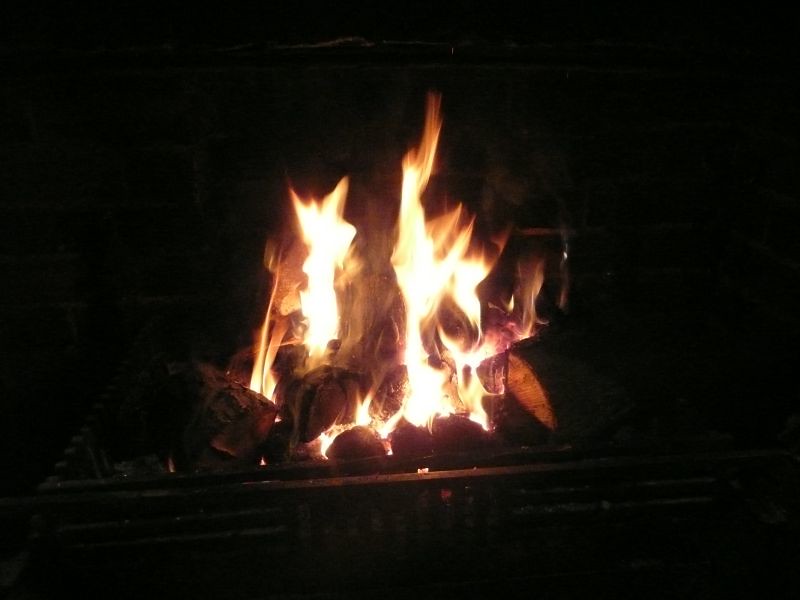 A struggle of a day, but it was nice to be out in the fresh, if not a bit damp, air, with good company, and if fishing was easy all the time, it would get boring…..wouldn’t it ?