If you have read my previous blog entries for this season, you will discern there is just a bit of an obsession developing for crucian carp and tench fishing. With the decent weather conditions, and not much being reported from the Kennet, I was thoroughly enjoying my trips down to Godalming. So, another day dawns, finding me back on the A31 heading in the direction of Johnsons, this time meeting up with fellow Internet Angling Club member, Neil.

This visit I hoped to find a vacant peg near one of the three sets of lily pads, and I was lucky. 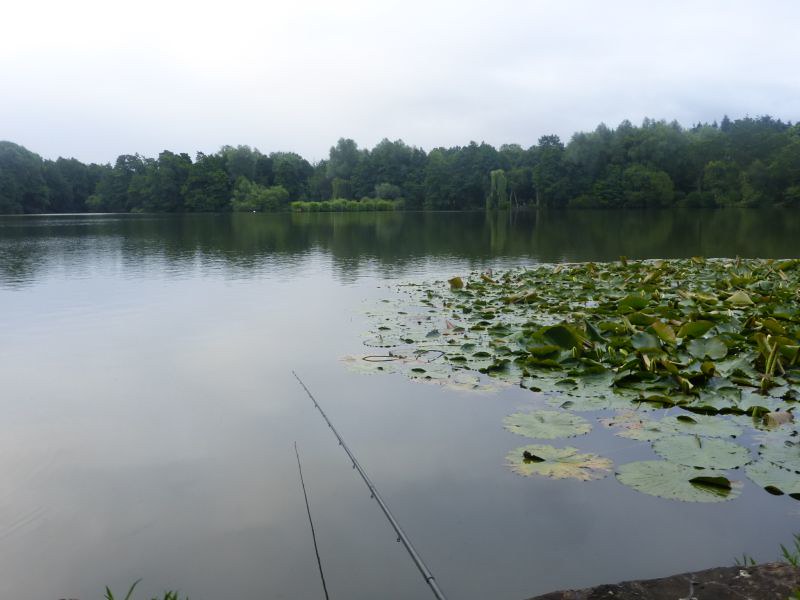 Whilst I am not averse to using a feeder rod coupled with a bite alarm or quiver tip, my preference is float fishing. The sight of a red tipped float, it has to be red, close to a set of lily pads….can’t beat it….add to that the thrill when it goes under and a strike meets with fishy resistance. 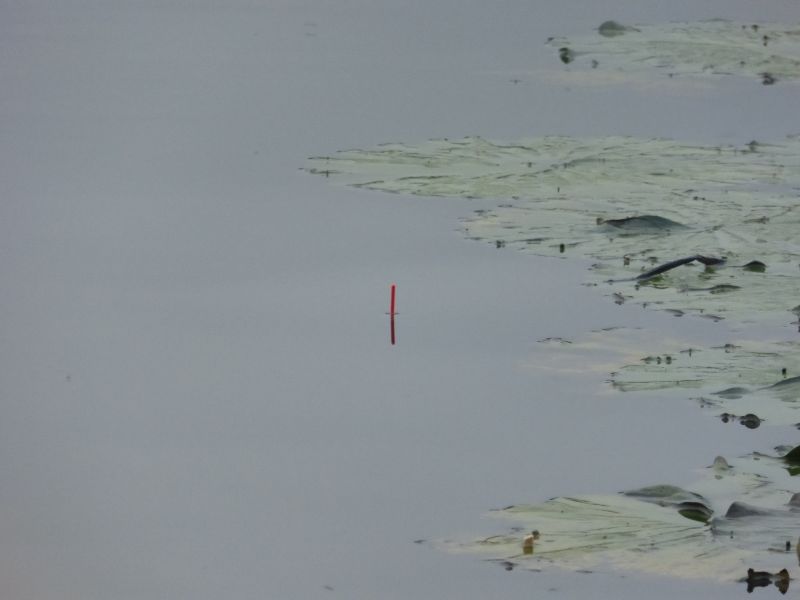 In my case today however, the float remained a pretty picture next to the lilies and failed to do the exciting bit. That was the way it stayed, with the use of several baits, all failing to attract a fish. A chat with Neil who was fishing next to another set of lilies, at least gave me a clue on what was possibly wrong, bait selection and hook size. A switch to a size 18, I had been using a 16, with a single maggot as bait, I’d tried everything but. This setup was certainly working for Neil with his best fish being a new pb crucian weighing in at 3lb 7oz! No wonder he was grinning a bit!! 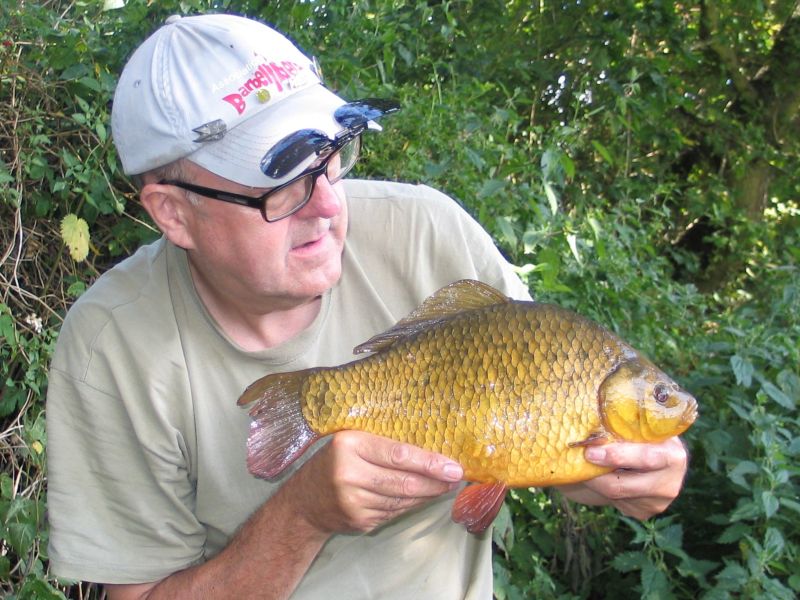 Chat over, I returned to my peg, swapped to a smaller hook, re-baited, cast out, and within minutes the float disappeared after a short battle a monster common carp was netted…..all 4oz of it !! 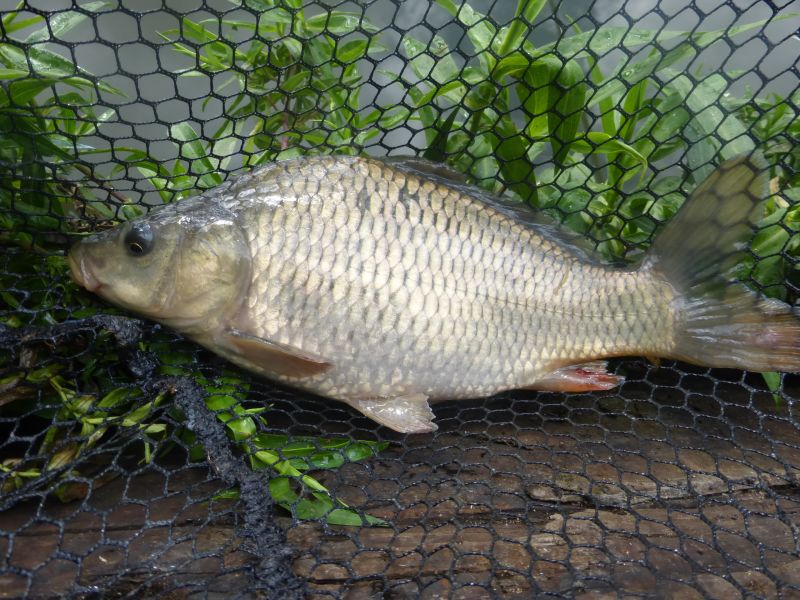 Oh well, at least it was a fish! A few casts later, and another carp of the same size was landed, followed quickly by a proper fish, a crucian of just over 2lbs. Fishing only one rod this outing, with just 2 or 3 mm of the float showing, I was striking at nearly every movement, and several times I had a single fish scale attached to the hook. I persevered with this tactic until lunchtime when the strain on the eyes got a bit too much, but before I packed up I did manage to land a tench of just over 4lbs, and two more crucians, best of which being a very respectable 3lb 2oz. 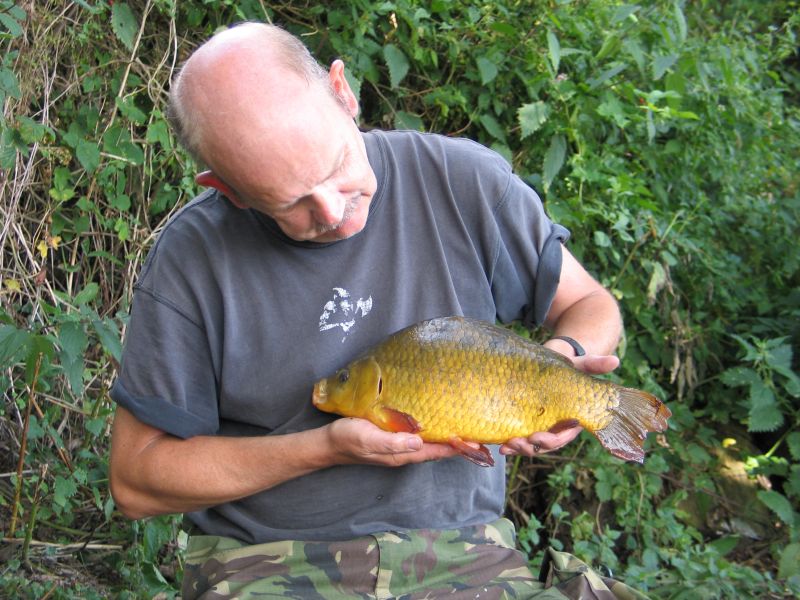