Mission accomplished. Paul and I both said, rather wistfully, that we'd like a 5lb + tinca and a 2lb + crucian to kick off the summer. The crucian part of that equation being the one we thought we might struggle with as they haven't been showing very well recently from this lake - but we had a dozen between us with Paul getting 3 over the 2lb mark to 2.06.

In truth it was something of a strange session. I had all bar one of my fish (my biggest tench), float fishing the margins after dark (all fish caught between 2200 - 0415), whilst Paul only had one fish of note during the night and caught the bulk of his fish in the afternoon. He had way more tench than me - including a brace of 5lbers - and a stunning and very unexpected rudd of 1lb exactly (we weighed it on both scales!). Morning saw my swim go back to sleep - and Paul (in the next peg down!)start catching again - most curious!

Marsh Farm Gallery. Pics of my first tench of the summer, Paul's and my best crucian of the night and Paul's lovely rudd (a PB for him BTW!) 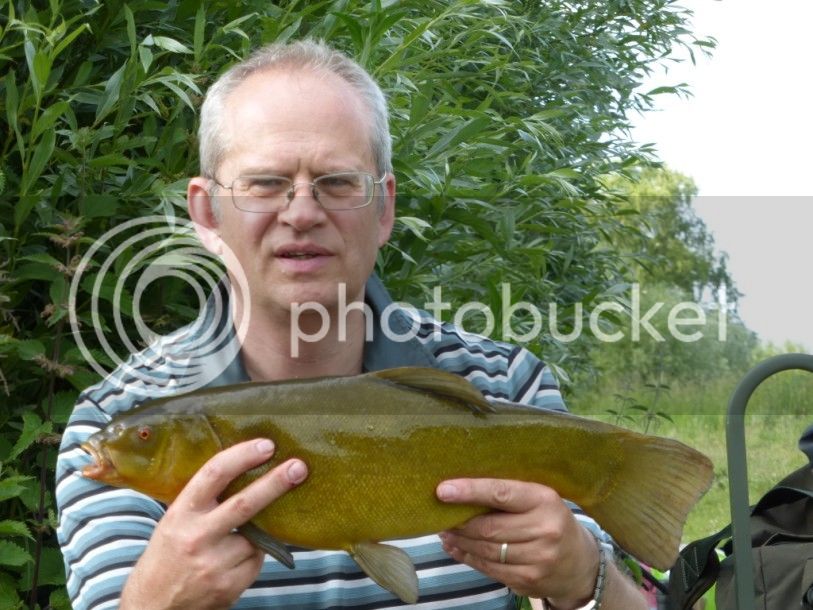