Dull, overcast and cool - AT around 6ºC all day with a breeze picking up. River VERY full, barely within its banks and that only recently given the state of the field. 1.30m at the East Stoke river gauge - much higher than I'd usually fish it - BUT after a dry week it was reasonably clear.

Bit of a gamble - but the river levels have been so high on the Frome since the start of the season (1st Nov) it looked like my DDAS ticket was going to go to waste - and with more rain forecast this week - it was a case of now or never! The venue is never prolific so it was nice to get a few, and would often get a fish first trot when I moved swims. Frustratingly I lost nearly as many as I landed including a large fish which I had on for sometime before the hook pulled (again!) - hope it was just a troot! Resting and returning to swims was the order of the day - all fish coming from just 3 spots (and one of those only produced one fish!)

One of yesterday's 'hotspots'. 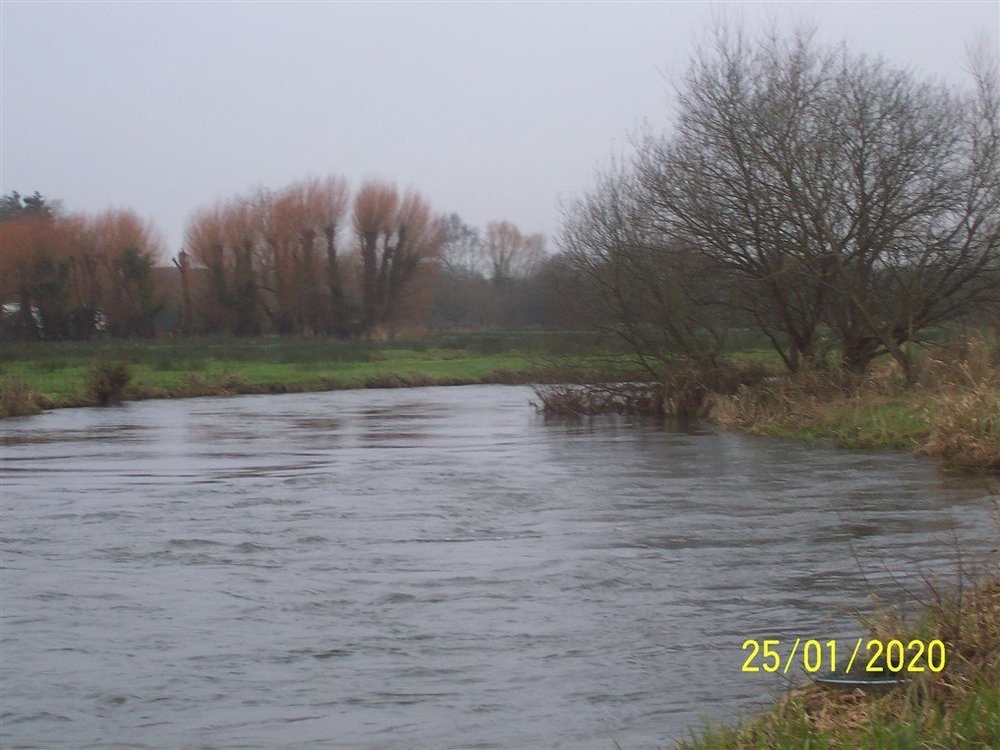