Warm and sunny with a nice breeze to keep the mozzies away!

A rare (very - I usually have a bit of a break in the spring) 'closed season' outing - a trip to cure the lockdown blues! Just wanted to sit on the bank and watch a float for a few hours not even so bothered about catching! As usual I set my stall out to try and snaffle one of the lake's big but scarce crucians and as the tackle shop had no maggots it was straight out with the float fished prawn sections a rod length (or less) from the bank. Bright conditions did not make for good sport and I didn't get a bite until gone 6.00pm when the bigger carp snaffled the bait. There then followed a really frustrating evening - lots of sail-away 'un-missable' bites which had my striking into thin air - it happened time and time again - think fish must have been attacking the shot. The only time I did connect it was another carp until finally just before 2200 a dithering sort of a bite resulted in the lovely plump tinca - can't remember catching one bigger in Willows at least not for the last 20 years. And just as I slipped her back the International Space Station passed overhead! A lovely evening all round. 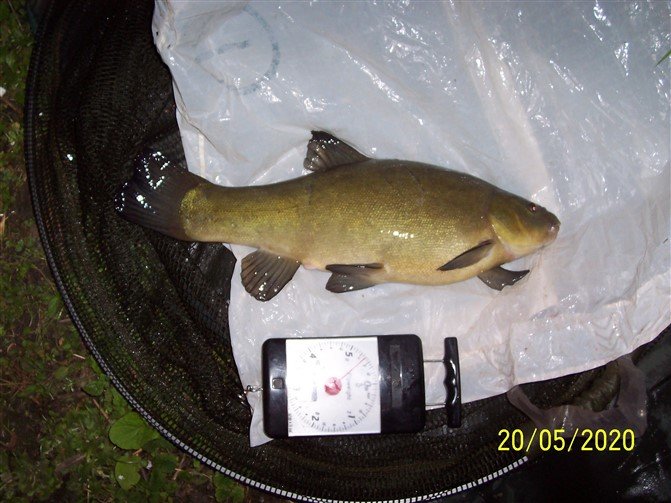