Squally rain to start, overcast and becalmed to end. Quite mild.

Dawn and dusk session to top and tail a trip to Speen and there appears to be a LOT of perch in the 12oz class this autumn. More fish during my dawn session than dusk - but that may have been due to pike as was bitten off twice. 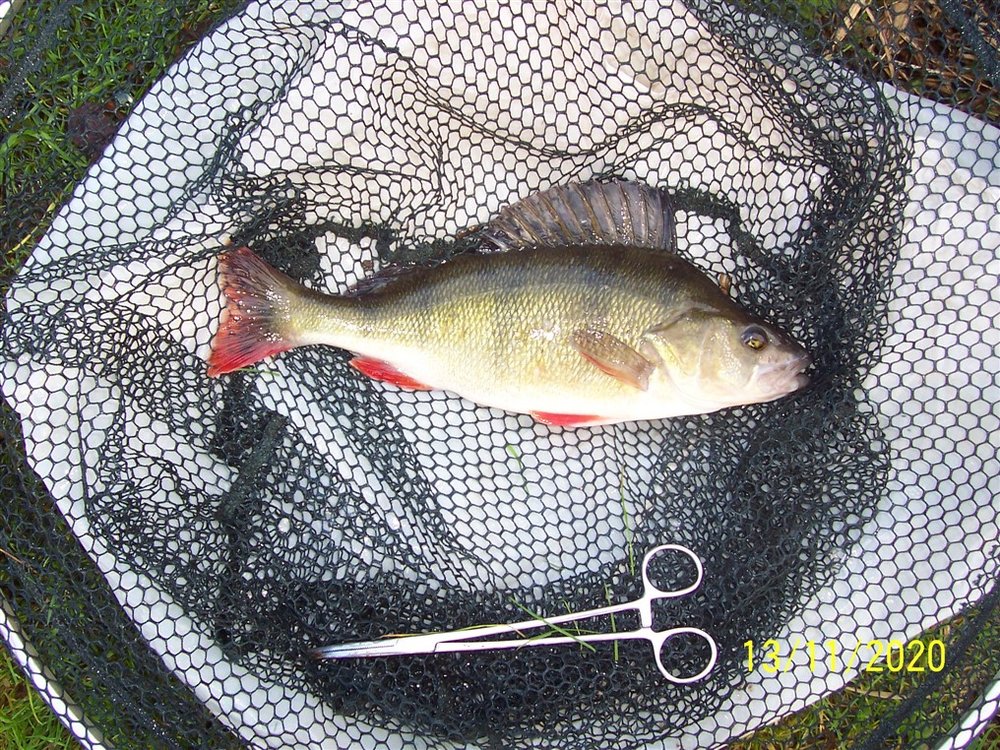