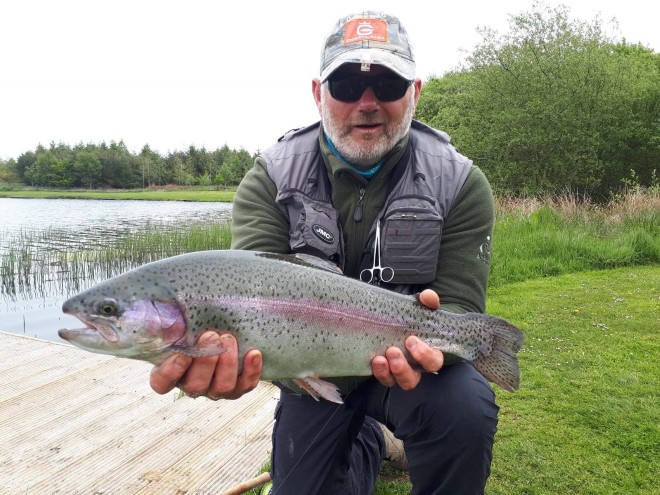 Scotland was the host nation for the sixth 5Nations Team Championships held from the 11th to the 15th June 2019. Ten teams took part with Scotland, England, Ireland, France and Norway competing for the top honours. Three venues were used for the competition; Carron Valley Fishery was the main boat venue with two fishing sessions on both days, Ledyatt Trout Fishery was used for the bank sessions and Lintrathen Trout Fishery was the third venue again for boat fishing. The competition was held over two successive days, with a morning and afternoon session on each day to test the skills of the forty anglers from the five nations that had entered. 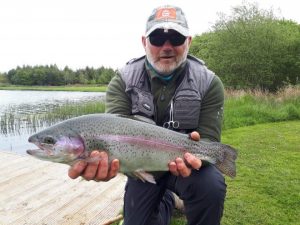 Mark Withyman (acting manager), Lee Bartlett (captain), Sean Brooks and Gilliaum Vermeulen formed the AT TEFF team of four for 2019. The team had spent a long weekend well in advance of the competition to take time to practice on the venues. This, along with the official practice days, helped them gather information on flies and tactics before the two-day competition. They found pulling tactics on Cortland Camo and Fast Glass lines, teamed with black lures and Hoppers to be the successful methods on Carron and Lintrathen, whilst lures under the bung and small dries were the go to methods for Ledyatt.

Day One saw Mark and Gilliaum head to Carron Valley for the two boat sessions, whilst Sean fished the bank sessions at Ledyatt and Lee took to the boats at Lintrathen. At the end of the first day Team England were in the top three not far behind the top spot held by the French.

At the presentation evening Team England were second securing silver medals missing out to the French who took gold. England captain Lee Bartlett took the top individual honour with four outstanding performances over the two days with two firsts and two seconds in his sessions to give him six place points and an individual gold.

Mark Withyman acting manager for Team England said “This year’s 5Nations team are delighted to have gained another team silver medal and an individual gold. After many hours of hard work, including a practice weekend some weeks before the competition, we were sure our tactics were correct to secure a top finish. With correct application we won silver narrowly missing gold by six points to a very strong French A team. On another day it may have gone another way! Many thanks to the Angling Trust for sending a team and to Cortland, Wychwood and Snowbee for their support. I wish for continued success with this competition which will be held in Killarney, Ireland next year”