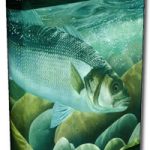 My bookshelves seemed to be getting increasingly packed with angling books now (mostly bought from second hand book shops or charity shops). There are those that I never finished reading, and some that I couldn’t put down till I turned the last page, and those that I keep going back to again and again. My
Read More
Recently The Sea Anglers' Conservation Network (SACN) were involved with the World Wildlife Fund (WWF) in producing a film to support WWF calls for protection of the Marine Environment through the introduction of a Marine Bill. Dave Morton, the SACN co-ordinator for the North East arranged to take a WWF film crew out on an
Read More
Often the subject comes up as to whether sea anglers should keep the fish they catch or return them alive and the ensuing debate can become quite heated so what lies behind this argument that is fundamental to Recreational Sea Angling? Legally, once anyone catches a fish, by whatever method, that has been legally taken
Read More
When I stand on a riverbank, not as an angler, I am enchanted. Enchanted by the flow of the water, and the reflections of clouds. Enchanted by the bank-side vegetation, and the nodding flowers. By the birdlife as it clacks and quacks, peeps and sings, and flashes by in iridescent feathers. And by the smells
Read More 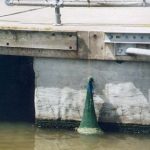 Using a Bread Bag for Mullet – Science, Art or Philosophy? An experienced eye can pick an expert mullet angler out from quite a distance. Usually fishing apart from other anglers and fishing in a totally different way. The real evidence is the landing net and the long thin rod. Other signs might include the
Read More