I’ve just returned from a pleasant week-end’s bivvy-up and, during the long hours between sleeping and eating, I handled some pop-ups that had been soaking in Hutchy’s Secret Agent carp attractor. This act has left my life is in turmoil. Or turmeric, or whatever it is that Secret bloody Agent reeks of. That innocent dabble
Read More 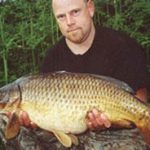 Bait And See   I'd never carried out a bait test and I had no intention of changing that fact, until Single Tone began to catch far too many fish. We're best carping mates, Tone and me, and we do most of the best-mates stuff like sharing gear, rig ideas, grub, views on girlies,
Read More 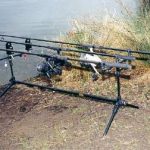 We asked Terry Doe to outline the main items of kit in his tackle box - and here's what he came up with:   First of all, being primarily a carp angler, I've got two tackle boxes, if you count the one I use for my infrequent hit 'n' run, mobile days. Anyway, both contain
Read More 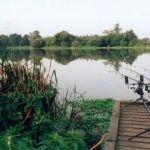 "Do you think we’ll do it, Dad?" "We’ll do it, Son. The lake’s turned right on. Can’t you feel it?" "Dunno, really. I’m nervous, though. I hope I don’t mess it up. If I get a run, I mean." "You’ll be all right, mate. You know what to do and you’re miles better than I
Read More
I took my three sons fishing this week. Not the hook-in-mouth variety, more your sedate swish-about with net and examine the contents kind. It was the boys' first exploration of a large body of water without a tiled surround. They were excited and so was I. I recall being damp and smelly throughout my entire
Read More