Save Our Sea Bass News Release 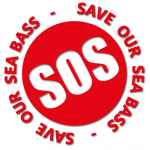 C is for Conservation?

Bass are subject to strict fishing restrictions to try to recover the stock from a recent crash, so sea anglers were horrified on Thursday when 75 - 100 dead juvenile bass were dumped in the river at Hayle just outside CIFCA’s offices. 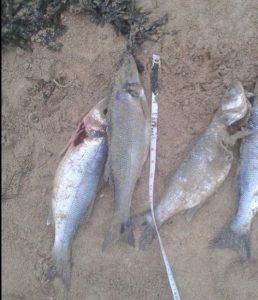 However, it seems this is just the tip of the iceberg: local commercial hand-liners say that fixed netters are regularly discarding undersized bass killed in their nets or filleting them at sea to avoid the Minimum Conservation Reference Size law and landing and selling them.  A hand-liner told us: “These fish are our future. Hook and liners are depending upon these bass coming through to maturity”.  CIFCA has a legal duty to seek to balance the needs of different stakeholders, but little seems to be happening to protect the interests of hand-liners or recreational fishermen.

On Saturday, Cornwall Live quoted a CIFCA spokesperson saying “If the fish have been discarded and they were in fact under the legal limit then whoever is doing it is acting perfectly legal and is obliged to do so.”

Sea anglers are shaking their heads with disbelief at CIFCA’s reaction: the only reason this senseless killing is taking place and remains legal is because CIFCA failed to act a year ago, when juvenile bass were illegally landed and sold by fixed netters at Newlyn fish market.  First, CIFCA rejected a proposal for an emergency byelaw to protect juvenile bass, and then it rejected an alternative proposal from its own Byelaw Working Group to deal with this problem by bringing forward a 2023 review of inshore netting, claiming it had insufficient resources and that bass protection was not an urgent problem in CIFCA District, even though the EU Commission has called the decline in the bass stock an environmental disaster.

When challenged by the BBC on CIFCA’s failure to bring in an emergency byelaw, the Chairman of CIFCA sought to shift the blame onto French pair trawlers, even though these are not allowed to fish in CIFCA waters and have been banned from the North European bass fishery since 2015.

For sea anglers this is just one more failure by CIFCA to add to the list.  It has recently come to light that a few years ago CIFCA stopped enforcing a byelaw which was designed to protect salmon by ensuring that nets are not set at the surface.  CIFCA officers failed to tell their own Committee that they did not intend to enforce the law and quietly removed the byelaw from CIFCA’s website, presumably to avoid drawing attention to it.

In April 2019, CIFCA published proposals for new restricted-netting zones to protect salmon and sea trout from gill nets in inshore waters.  These were strongly supported by sea anglers, but after objections from commercial netters, including claims that they would go out of business (we have seen no evidence to support these claims), CIFCA’s Byelaw Working Group caved in and significantly watered down its proposals – so much for evidence-based decision making.

Regarding CIFCA’s enforcement activities, several sea anglers have told us they have little or no confidence in CIFCA to act on their reports of suspected illegal fishing and indeed CIFCA does not even keep a record of all reports, which raises the question: how does CIFCA carry out risk-based enforcement without a full record?

It seems that CIFCA is lacking either the will or the resources to provide proper protection for juvenile bass and salmon, both species with dangerously low stocks. So what exactly is an Inshore Fisheries Conservation Authority for?