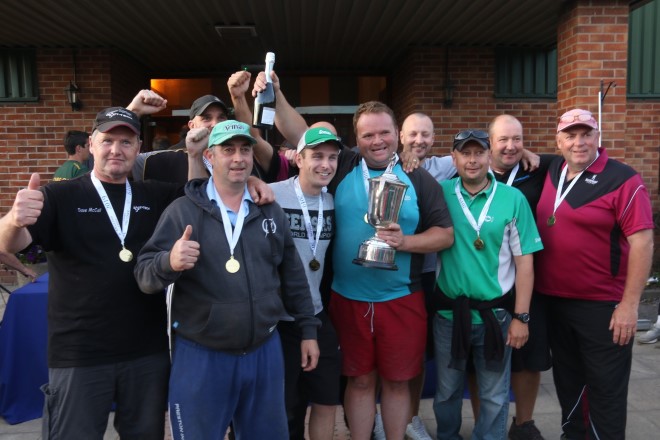 As expected the winning weights would consist mostly of bream and skimmers, with the added bonus fish being perch, chub and eels.  But for many it was tough going after a cold night as they were left scratching for bits, though remarkably there were no blanks.

E section at Little Soudley was the area to draw as 4 of the top 5 weights came from here.  Colin Harris (Browning Northants) was crowned the Division 2 National Individual Champion after weighing an impressive 11.480k of bream and skimmers caught on double pinkie over groundbait from peg E33.  At the next peg E34, Davis Gurton (East Lynx Match Squad) couldn’t quite match him, but managed to finish a clear second with 7.900k of skimmers caught on worm and caster.  Tim Worsnop (Matrix Halifax) muscled D section into the top 5 with 5.690k of skimmers and perch taken on worm and maggot from peg D23.

On the team front, local knowledge paid off handsomely for Crewe Match Group whom were crowned Division 2 Team Champions with 354 points, 22 points ahead of 2nd placed Wigan Match Group and Browning Northants made the final medal position with 327 points.

The Angling Trust would like to thank local organisers Dave Watkins & Terry Nutt for their excellent work in running this event and to all the local clubs for use of their waters.

Next year the Division 2 National will take place on the Gloucester Canal on Saturday 12th September.

Congratulations to the top 10 teams who get promoted to the Division 1 National Championship in 2020 which will be on the Grand Union Canal at Northampton on Saturday 15th August.