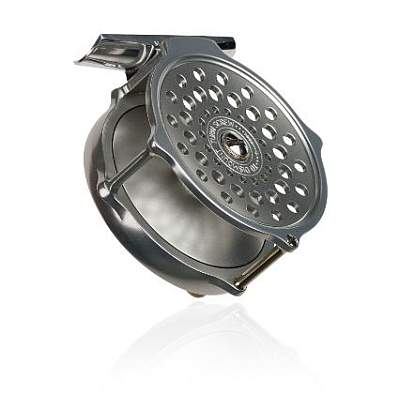 Hardy will shortly release a new version of its famous Bouglé reel, handbuilt in Alnwick, England.

This year is the 110th anniversary of the first Hardy Bouglé and also heralds a return to England for this ever popular reel – in October 2013 production of the Bouglé will return to Alnwick, after a spell of overseas manufacture.

This is part of a wider strategy by the company to reinvigorate it’s Made in England range, at a time where businesses across a range of industries are bringing manufacture back from overseas suppliers. The ‘reshoring’ trend has seen the return of items from textiles to noodles, with firms citing rising wages in the Far East, or just a wish to shorten complex supply chains as the reason behind the move.

For the Alnwick-based tackle manufacturer, there’s more to it than that, as Sales & Marketing Director, Ken Brewster explains:
“We’ve been making tackle in Alnwick since the 1870’s and the craftsmen and engineers at Hardy have been behind many of the major innovations in tackle design for the last 140 years. We owe it to our heritage to maintain a core manufacturing facility here. As a cousin of our most famous reel, the Perfect, the Bouglé was the obvious first choice. We also plan to repatriate Lightweight, Cascapedia, and Marquis reels over the next 18 months.”

The reinvigoration of the Alnwick-made range is being supported by the company with a new mail order catalogue, and an ecommerce website showcasing the Made in England range and the craftsmen and skills behind it. This gives consumers the option of buying Hardy Bros. products either direct from Hardy, or from approved retailers.

The Bouglé will add a sixth line to the list of products currently made in Alnwick, alongside the Perfect and St. George reels, the Artisan SINTRIX fly rods and the Gladstone and Moran split cane fly fishing rods.