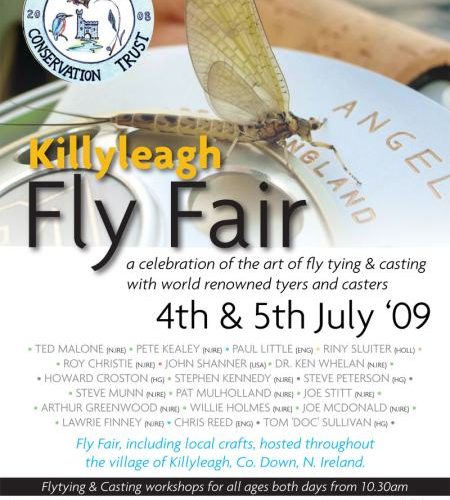 Several members of the Hardy & Greys Game Academy will be attending one of the best events in the Irish angling calendar of 2009.

This year’s Killyleagh Fly Fair is the second event run by the Dibney Conservation Trust and will be held in the Village of Dibney on Saturday 4th and Sunday 5th July 2009.

The Fly Fair will include nonstop casting demonstrations, workshops run by AAPGAI members, river forums and discussions as well as tying demo’s.

The Fair will be open from 10.30am on both days. For further information contact strangfordguidingco@btinternet.com