United Utilities has today, Friday 8 September, been ordered to pay a fine of £666,000 in after pleading guilty to polluting a river with untreated sewage effluent in Greater Manchester. 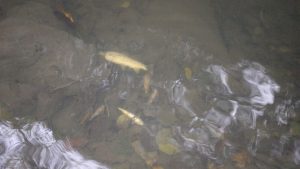 The Environment Agency took the prosecution against the water company after sewage polluted the River Medlock having a significant impact on fish population and water quality over a distance of four kilometres.

It was a member of the public who initially reported the pollution in the River Medlock at Park Bridge, Ashton-Under-Lyne on 14 October 2014 to the Environment Agency’s incident hotline.

Officers found that the pollution had deposited grey sludge on the River Medlock’s bed over four kilometres resulting in significant impact on fish stocks and water quality in the river.

In total United Utilities estimated that 21,700 cubic metres of sewage discharged into the water.

A report commissioned by United Utilities found that the incident had a detrimental impact on brown trout and had the potential to reduce the fish population the following year.

When the pollution was first reported, United Utilities Officers were attending a high-level alarm at the Sewage Tank and had identified a fault which meant the tank was not emptying to the foul sewer network as quickly as it should have been. This resulted in untreated raw sewage entering Glodwick Brook and the River Medlock, which is contrary to the permit conditions in place.

United Utilities admitted that their control centre had received an alarm about the discharge three days before, but the fault had not been recognised.

In sentencing, HH Judge Potter said the company’s negligence had resulted in significant harm to the River Medlock. 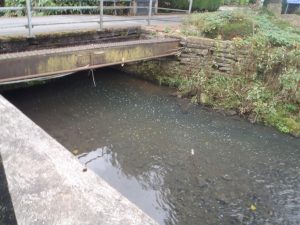 “The Environment Agency take pollution incidents very seriously and this case should send a strong message to companies of the potential consequences if they damage the environment.

“We appreciate reports from the public to the Environment Agency’s Incident Hotline on 0800 80 70 60 which allows our staff to respond swiftly to protect people, wildlife and the environment – also to investigate environmental offences which may have occurred.”

“The sewage that was discharged had a significant impact on the River Medlock, killing brown trout, which are a key indicator species of good water quality. The case demonstrates just how important it is that water companies and wider industries maintain their equipment in order to prevent pollution to the environment.

“We work closely with United Utilities who have undertaken extensive work to reduce their impact on the environment. It’s important that wecontinue to work with partners in order to safeguard the environment and ensure such incidents are avoided in the future.”

In mitigation United Utilities told the court of the steps they had taken to prevent a reoccurrence of this incident.