The number of young salmon leaving Dorset’s River Frome this year to start their marine journey was the highest for eight years, offering hope for the globally threatened species. Monitoring by the Game & Wildlife Conservation Trust (GWCT) has shown that more than 13,000 smolts – young salmon ready to migrate to the sea for the first time – passed our monitoring station in the river this spring, 40% higher than the 10-year average for the river. 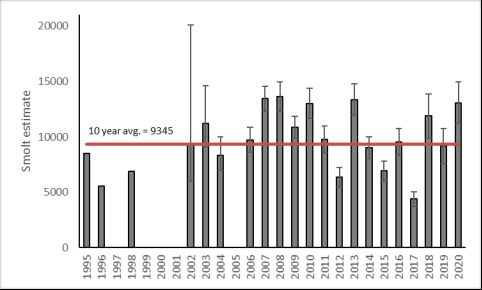 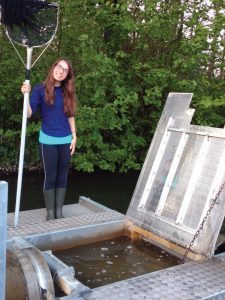 In recent years, the number of adult salmon returning to the river has been far fewer than expected, which experts at the GWCT believe might in part be caused by their size when leaving the river as smolts. The low return rate in 2019 coincided with the smallest smolts ever recorded leaving the river in the previous year. Only time will tell if the 2020 smolts, which are larger than average, will be robust enough to make it to sea and back in good health. Previous research by the GWCT has shown that larger smolts are more than three times more likely to return from the sea than smaller ones.

Rasmus Lauridsen, head of GWCT Fisheries Research, is encouraged by the findings: “It is more than 10 years since we have observed this number of large smolts leave the river and given the relationship between return rate and smolt size I am hopeful that good numbers of adult salmon will return in 2021 and 2022”.

Estimating the number of young salmon that leave the Frome for their seaward journey to the feeding grounds in the North Atlantic each spring is vital in understanding the fate of these fish. GWCT scientists compare the number of young fish that leave the river and return as adults, providing information on the survival rates of salmon in the sea, and all the detailed information they collect on each fish and their habitat in the river, provide an insight into why some survive and why some do not.

Teamwork in the face of a pandemic
Monitoring these juvenile salmon is hard work. Starting in March each year, fisheries ecologists at East Stoke, near Wareham spend 6 weeks, twenty-four hours a day, checking the monitoring station in the river. A challenging task in any year, this year’s smolt run came just as the nation found itself in lockdown – a real problem when the overnight sessions require two people at all times, one of whom has not only the skills but also the correct Home Office certification.

Despite the restrictions, the Dorset-based team was one of very few, if not the only, salmonid research centre which managed to operate in this period, but only thanks to the support of their families. Two research staff and a PhD student were joined by their partners who volunteered to help during night shifts to reduce potential risk, with one GWCT ecologist manning all of the day shifts for the entire count.

Collaborative working
To tackle the decline in wild Atlantic salmon, the GWCT has joined up with other leading UK salmon conservation organisations: the Atlantic Salmon Trust and the Angling Trust to form the Missing Salmon Alliance. The alliance was launched in November 2019 and will study the lives of salmon in both freshwater and the marine environment, identifying the key pressures on the salmon’s life cycle in collaboration with international scientists in order to identify how we can arrest the decline of this iconic species. Find out more at www.missingsalmonalliance.org. 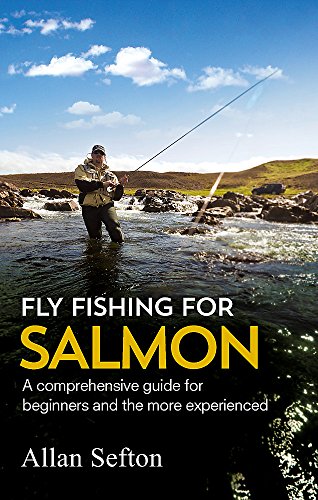 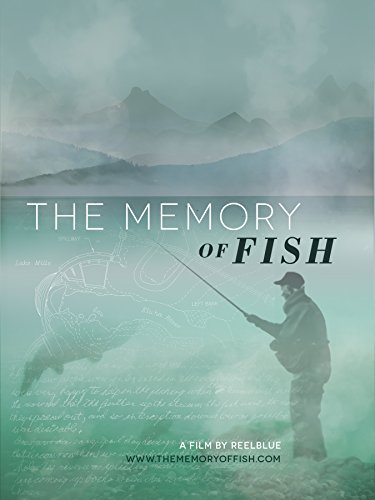 The Memory of Fish