There comes a point in everyone's life that there has to be change to overcome the mundane similarities of day to day living and of course weekend to weekend leisure. The familiar becomes mundane and hackneyed, much like the title of this article, and the only hope to regain that momentum we call enthusiasm is
Read More
Early evening, after a long, hot day and the consumption of a full flask of coffee, a six pack of Diet Coke and a litre or two of lemonade, Hubby was desperate to reduce the pressure. 'It's no good,' he said. 'I've got to have a sprinkle. Look the other way for a minute.' As
Read More 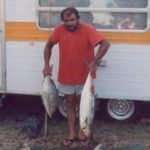 Although my first real attempts at catching fish were in the North Sea, I became a freshwater angler when my parents moved to Luton, which is just about as far from the sea as one can get in England. However, my love for sea fishing never left me, and once I had some decent transport,
Read More 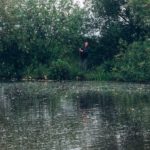 Back to Basics On the evening of March 16th 1999, I was enjoying a cold glass of Irish black stuff with my friend Paul. I’d known Paul for a couple of years, having been brought together by our mutual love of loud music and electric guitars. Talk, as ever, centred around the usual subjects; music,
Read More 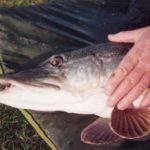 Pike - the biggest, strongest, most aggressive fish you are likely to come across in our fisheries, but also the most delicate and easily damaged fish you will encounter. Pike will die more easily than any other freshwater species, even when not particularly badly handled. (Did I hear a muttered but triumphant ‘Good’ from all
Read More