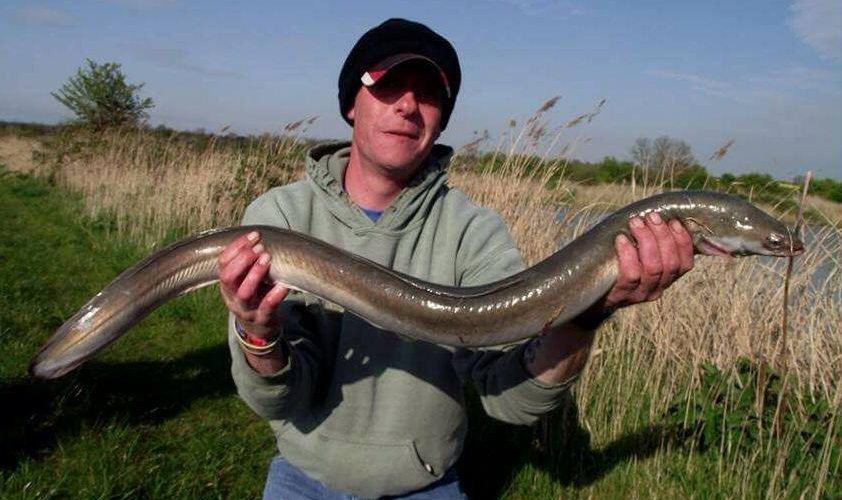 A name you may recognise is Iain McDonald who has been a great influence in the fishing industry for many years had been planning to some eel fishing last year but unfortunately due to breaking his radius whilst doing somersaults from his bike, the plan was shelved.

Iain finally was able to go fishing for those elusive eel at his local club lake after a float angler had told him about being snapped up by an eel.

Armed with a couple of fish heads out of the freezer to use on one rod and planning on catching a small roach to fish on a paternoster on the other rod as any thoughts of worm or prawns were quickly thrown out due to the amount of carp Iain headed off to the club lake.

The roach proved harder to catch than expected with carp after carp broken up by an occasional skimmer, eventually though Iain caught a small roach. 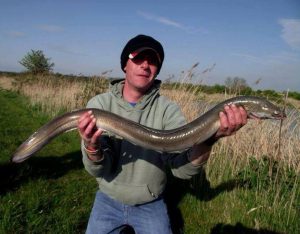 The rules on the lake are no heavy gear so Iain used 8lb line, 1/2 oz lead running leger with a barbless size 4 hook on a specialist rod.

Casting out up the reedy margin Iain scattered some dead maggots over it and after a couple of hours two sharp whacks on the tip followed by a quickly slackening line saw Iain bent into solid resistance praying that it wasn’t a carp.  A nice fight resulted in Iain catching this very nice 5lb 6oz eel, a great start to his season.