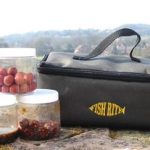 The Fishrite Glug & Soak Case is a must for anyone who likes to have a few different types of bait with them during a session. The case allows secure transport and storage for up to six pots.  The case measures; 10â€ length, 7â€ depth, 4â€ tall. The outer is made from the usual Fishrite
Read More 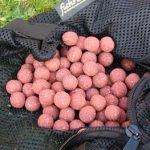 Anyone who makes their own boilies will know the importance of keeping a batch of bait fresh once made. Wrapping in bags or sealed containers for more than a day or two will usually result in the bait going sticky, followed by the onset of mould growth a few days later.  Through the use of
Read More 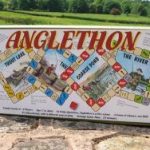 When Paul Martin made contact with Anglers' Net a few months back, I must say, we were intrigued to learn more about the angling board game he had developed. A short while later the game arrived by post and later that night Martin and I gave the game a play test. The first thing we
Read More 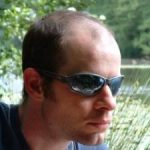 Specimen angling can be a hard game at the best of times, and as such, it never fails to amaze me the amount of anglers who will happily pay hundreds and hundreds of pounds for top of the range rods, reels, bivvy's, and alarms; yet they often overlook the simplest of items which are essential
Read More 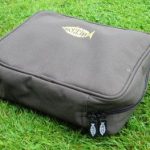 I've been giving this rig case some serious hammering since April of this year - and I've got to say that I think it's one of the best pieces of kit I've come across in a long, long, time.  Basically, I'm using it as my tackle box and it's fantastic - there's loads of space,
Read More