How To Make Pike Traces 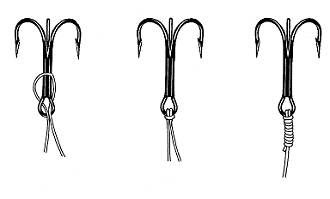 Home » How To Make Pike Traces

Pike traces are simple to make at home. Here's how to do it…

It always amazes me how many people still buy ready-made pike traces, when all of the components are readily available and it’s something you can easily do at home.

There are several advantages in making your own, too, cost not being the only one! I actually prefer homemade traces,  as you can choose which type of wire, swivels and hooks you use. I also like to be able to make the traces to the lengths that I require for different jobs. Also, as I have made them myself, I have 100% confidence in them. With shop bought ones, you often don’t know how good the components are, or how good the person tying the rig is. Doubts like that are something I can do without when the float bobs under, or the alarm starts bleeping.

In all fairness, it is greatly dependent on what type of wire you use. Some brands will not twist up properly, whilst others are perfect. For a long time now I have only used traces made in the manner that I will show. I have never had one fail. Why would I want to experiment with any other method, when faced with that statistic?

The wire I use, Marlin Steel Trolling Line, is no longer available. There are many different types on the market to choose from and a lot of it is down to personal preference. As mentioned before, some wires will not twist up. Trace wire comes in various breaking strains and the thickness varies enormously. The minimum breaking strain I use for either pike or zander is 20lb. When zander are the main target, I will just use a thinner 20lb wire.

Both size and make of hook are also a personal choice. I favour the Trevor Moss semi-barbed treble made by Partridge of Redditch. They have never let me down and, despite being expensive, I would have to recommend them as they can be used many times. When playing a specimen fish, all of your tackle needs to be up to the job, so it really is a false economy to go for inferior hooks, just because they save you a few pence.

The most common size I use is size 6. For much larger baits used on trout reservoirs, I recommend the Kamasan Low Water Salmon tube fly treble in size 4 (Kamasan B990). Despite being a strong hook, you can still bend it out of any snag when using braid. At the cheaper end, I would happily recommend the semi-barbless trebles from LEEDA’s Predator range. The only brands that I do not like are the ones that snap whilst you are unhooking fish. I have had this happen with both Drennan and Fox hooks in the past, so do not use them for pike fishing now.

The two other items you will require are some quality round-eye swivels in size 9 and some suitable diameter silicone tubing to slide over the twisted wire and the shanks of the hooks. For tools, all you require are a set of 8″ forceps that lock well and a sharp pair of scissors.
I prefer to make up traces in batches at home. These can then be stored in rig bins. The length of the trace will depend on what job they are for. Most people recommend a minimum length of 18″. For my paternoster and some of my float fishing traces, I make them shorter, but remember that these are all used with an up-trace. For static legering, I prefer them a lot longer at a minimum of 24ins.

Right, let’s now look at how they are made;
The first thing is to take your length of wire and attach the bottom treble. I do this by doubling the wire over for about 2ins making a loop. The loop is pushed through the eye of the hook and then passed over the hook. It is then pulled tight gently easing it down to make the hitch (known as a ‘Lark’s Head’) as shown in the diagram.

To finish off the attachment, clip your forceps on the tag end of the wire, hold the hook with the left hand and the other end of the wire in your right hand. Spin the forceps away from you and spin them around the wire for about ten tight turns. As a cautionary note always make sure that there is no one or nothing of value in the way as the forceps can slip off! I will mention no names, but I know one well known pike angler who sent a set of forceps through his television screen!

After the spinning is complete, have a good look at it. Really, the Lark’s Head takes the strain, but I always like the spinning to be tidy. If you are not happy with it, then cut it off and start again. It is a simple technique, but has to be practised at first. The bottom hook is now attached. I like to cover the spun wire with a short length of tube and also the shank of the hook as well. The reasons for this are that the rubber protects the wire whilst unhooking and gives a better grip for the forceps, too.

The next stage is to attach the top treble. Slide the second treble on, as shown in the stage 1 diagram. Take care to make sure that the points with the barbs on are in line. Move the treble to the required distance away from the bottom hook. This depends on the size of bait you are using ,but for the pike’s safety, I never go above 3″. Bend the wire back away from you (stage 2) and wrap it around the hook back towards you (stage 3). Keeping it tight, wind the wire away from you back to the eye (stage 4). Pass the end of the wire through the eye back towards you. The top treble is now attached. Once again, I like to cover the shank of the hook with rubber tubing.

Next step is to slide a length of rubber onto the wire and attach the swivel in the same way as the bottom hook, using the ‘Lark’s Head’ and spinning method. The trace is now complete. If you wish, you can use the same method of attaching the top treble to attach the bottom one. Unfortunately, you still have to spin on the swivel though.

It actually sounds more difficult than it is. I hope you can understand the text and diagrams. Get stuck in and try it and, if you have any queries, then please feel free to contact me on the Anglers’ Net forums
Oh, one last tip. If your eyesight is a bit dodgy, or you intend to do some night-time zander fishing, paint the barbed hook-point white. Tippex, or similar, will do. It doesn’t half make baiting up easier! 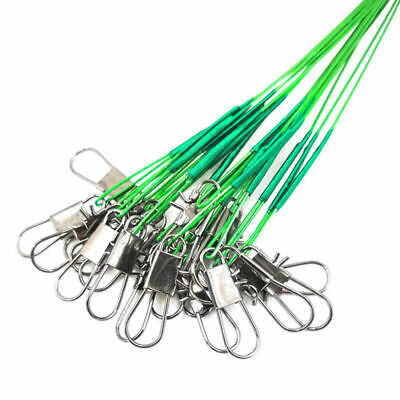 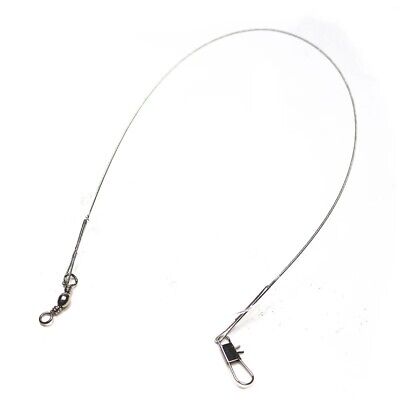 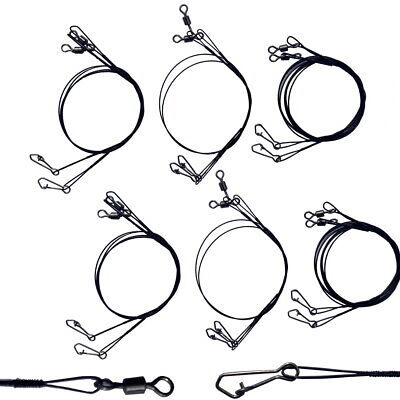 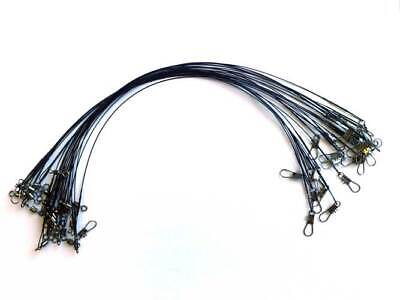 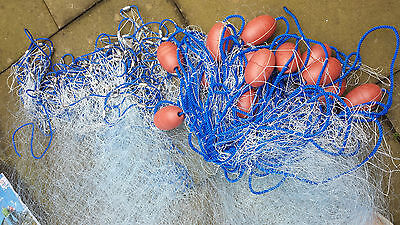