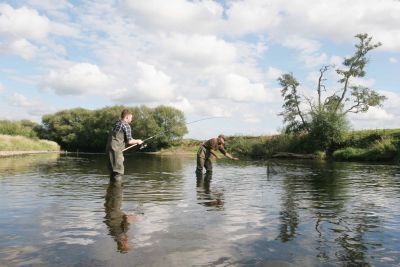 If I was to say that I have only had a bait in the water myself for just 17.5hrs during the past month, most wouldn’t believe me, but it’s true. So, to everyone that thinks I’m out 24/7, you are so far from the truth.

Saying that, having a job that involves angling does mean that I am out bankside for far longer, but this often means guiding anglers to fish of their dreams and, on occasions, sitting back and watching as they have what’s known as a ‘red-letter day’.

Before progressing, let’s look at how many days I have actually found myself next to water; seventeen, in fact. These have totalled 107hrs, with the vast majority seeing me guiding on the river Wye, along with the odd one on the Loddon and at Enton. The six days spent on the Wye were as productive as ever, with 114 barbel being landed, as well as plenty of chub. Yet what, or should I say who, will I remember from this trip is Ron Jackson as, at the tender age of 76, he decided to start bivying up and spent three memorable days next to the river. I’m not to sure what Ron will remember, probably the snoring coming from the bivvy next door, yet it can’t have been that bad as he has already requested a repeat session next year. Well done Ron, you’re a bloody miracle!

Although I enjoyed the two weeks spent on the Wye, I do love it when I get home and have decided that next year I will be trying something different. Instead of five days away, I will be looking at two days fishing with two days accommodation also sorted. This will mean meeting the evening before at the B&B, before rising nice and early for a full English breakfast, then descending upon the river for a good ten hours fishing. That evening, we will have a pub lunch before a repeat performance, then head off home, totally knackered but well happy. I haven’t worked out the cost or the finer arrangements; it’s something I will do over the next few weeks, but if you are interested then it maybe worth sending me an email or calling me as I can forward details well in advance of advertising these to others.

Although I have only managed to fish for a few hours, this has really been down to what I call ‘smart-fishing’, basically making sure I’m in the right swim and not wasting time in others. Let me explain. Having spent the best part of my lifetime on a stretch of river, you come to know how it ticks, which swims to fish and which ones to avoid. This does change from time to time, yet if it holds a very small head of big fish and you know where they are, then you have to make the best of it when you can. The stretch I’m targeting is around two-miles in length and, although I have fished plenty of swims, all the barbel apart from a 12lb 2oz beard I caught this morning have come from one swim. These fish weigh 8lb 14oz, 10lb 11oz, 11lb 10oz, 12lb 9oz and 14lb 7oz – not a bad average and not all caught by myself, as my mate Chris took one, as did two customers and I believe the swim also produced one of 15lb 2oz. When these fish decide to move, it’s back to the drawing board, roving around the river until you find one. If you find one then it’s “rub your hands together”, as others will be close by! However, although I don’t get many bites, and some may say I have golden wotsits when it comes to catching a whacker, I don’t seem to have the golden wotsits that sees me catching the largest in the shoal, one that could, at the right time of year, be a record shaker!  The great thing for me is when the fish move, I’m not far behind them, it’s just a case of dedicating enough time, something that seems harder to find these days. I know the fishing gods are looking down and I’m sure, one day, will be my day!

I have to say that the most remarkable day during September was spent with a new customer, Aaron. He had been targeting barbel for eighteen months on his local river Blackwater, yet had only taken one small fish. This story reflects my situation a few years back when my personal best bream was just over 10lb. However, after just a few months of fishing Westhampnett, this had increased to over 15lb. It wasn’t that I was doing anything wrong, I was just not fishing a venue that was capable of giving me what I wanted.

Meeting Aaron at my home, we headed to the river Loddon, arriving well later than I would personally have been on the water. First swim, twenty minutes maybe, and Aaron lost a big barbel. Next swim, nothing, yet the third produced a strange bite that finally saw a bream landed. Now, you might not think this strange, yet I have fished this stretch for over thirty years and also know many of the other anglers that fish it and have never heard of a bream coming from it, let alone one that weighed exactly 10lb! How the hell has this fish evaded capture for so long, yet it’s obviously a pig and likes its food! If this wasn’t enough, Aaron then went on to land barbel of 10lb 11oz, 11lb 7oz plus a couple of modest chub. In the last swim, he asked where he should cast and my answer was, “Well you’re the bloody expert, you tell me!’.

Before signing off, I have, as has new Nash man Chris Petter, been trying to catch a late season crucian from Enton, yet the biggest seem to be scraper three’s. Great fish, but well down on previous seasons. I just hope that the influx of anglers targeting these throughout their delicate spawning rituals hasn’t had a detrimental effect on them. If I’m honest, it has, and all that we will see in the future, if it continues, is these precious, rare creatures going backwards, just like they have done in Harris. It’s a difficult one for the club that readily accepts this influx of revenue, one that allows it to protect and buy new fisheries, yet if you lose these fish membership will fall at an alarming rate and everything that was gained so quickly will be lost and when crucian carp are on the agenda, well, Rome wasn’t built in a day!

Having no more weddings booked in for the year and no more weeks on the Wye, it’s all about getting down and creating some serious campaigns over the next few months. Barbel are high on the agenda, as are pike. However, looking at the diary, November looks good! 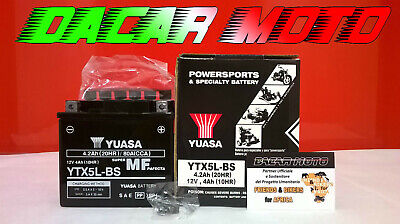