The Worst Angling Month Of The Year? 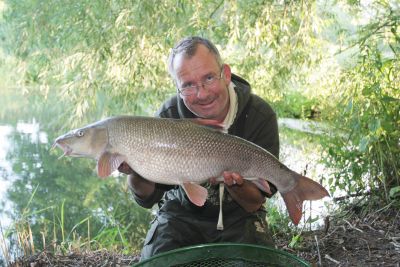 Home » The Worst Angling Month Of The Year?

The month of August has to be one of, if not the worst month for stillwaters in the angling calendar and it’s not usually much better on running water. Each year, I reflect on my returns for the hours dedicated and wonder why I actually bother. Yet this month, although I didn’t get that many bites, I did get what’s considered as the right bite.

Targeting difficult stretches of river, ones with a small head of fish but big fish, comes with its fair amount of blanks. It’s something we specimen anglers have to get used to. As long as we keep to proven tactics and put in the time, then eventually things will happen. My reasoning for why the month is as difficult as it gets is that with the water temperature at its highest the natural food larder is at its peak and with this abundance of free, protein rich food available the fish simply fill up on this. The rivers I fish are also choked with weed and with the trees heavy in leafage the cover and hiding places for fish are at an all time high. Some fish probably don’t even have to venture in danger areas, ones where they have been caught before.

Another problem on the rivers is fish tend to shoal up tightly, especially if the river, such as the Wye, is running low and clear and it’s here that you hear of loads of anglers struggling along with the odd one filling their boots. On stillwaters, most species have spawned a month or more previous and after this ritual they seem to fill themselves up quickly, then especially tench and crucians seem to become extremely fussy feeders. Small feeding spells, more often than not at night, mean you have to be in the right time at the right place and with air pressure dropping, temperatures high, it all becomes a bit hit and miss. Fortunately, this is all about to change as night temperatures start to drop and every fish gets a sense that winters just around the corner. Weed starts to die back and with it the natural food reduced and sensing this fish seem to switch on to our baits and become somewhat easier. It will take a few weeks but come the end of September I’m beginning to rub my hands together in anticipation.

The right bite came on my first barbel session of the year. Settling in a swim with a track record of producing fish in the past, although not a known big fish swim, on a difficult stretch of river I instantly knew something was interested as liners revealed this, yet I had to wait five agonising hours for the rod to rip round from a barbel weighing 14lb 7oz.

It only takes one bite to make it all worthwhile

Since that session, another two whole nights in different swims have failed to produce. However, after this fish it was only fair for my fishing companion Chris to give the hotspot a go and that session saw an 11lb 10oz barbel fall.

Chris with a proper lump!

This swim has also produced barbel to two of my customers, which goes to prove just how important location is. I have also fished the mighty Thames on numerous occasions and, although bream have constantly fallen, carp, well that’s another matter.

In total, I have found myself on the bank nineteen times, nine  of these were fishing for myself and ten were with customers and the total of hours bankside has totalled an amazing 163 hours, averaging out at 8.5hrs per session. This time doesn’t include travelling or time preparing tackle, so, along with writing features, appearing on Tight Lines, communicating with customers and all the other fishy things that have to be done, you can get an idea of just where my time goes.

I’ve just taken my girlfriend to work, its 7am on the 1st of September and on route the temperature gauge read just 6.5degrees. Just like us, those fish will be feeling this chill in the air and will soon know they need to fatten up for the winter ahead. Good times are nearly here.

If you want to keep up with what I’m up to on a weekly basis then visit my blog page on my personal website – www.duncancharman.co.uk