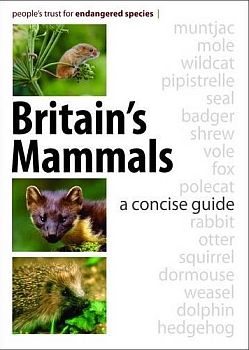 A Concise Guide by the People's Trust for Endangered Species

Like most anglers, I guess, catching a fish isn’t the only enjoyment I get from fishing. Often, in fact, it’s just a bonus! I just love being outdoors, away from it all and without a care in the world. I love all the sights and sounds of the countryside, especially the wildlife.

I’ve seen some great things when I’ve been fishing; hundreds of shooting stars, kingfishers landing on my rods (I even saw one escape from a bird of prey once!), a fox drinking from the river, a pike trying to catch a bird that was perched on the reeds, a mink in my bivvy (we won’t mention the rabbit-in-bivvy incident I had once, though. I’m still recovering!), and so on. That said, unless it’s a fox, hedgehog or a rabbit, I’m actually pretty useless at identifying the animal in question!

A good example of this would be the stoats that I see regularly when out with my dog. I know they’re stoats now, but had always wondered if they were stoats, weasels, polecats, ferrets, or something else up until recently. This “Britain’s Mammals” book soon sorted that one for me.

The book is A5 size and made of good quality paper. I mention that, as I hate books that tear easily when you flick though them. This isn’t one of them, thankfully. The main section is just under 80-pages long and is broken down into categories, in order to help you pinpoint the animal you’ve spotted (i.e. bats, rodents, etc.). Each animal has a page each, which consists of a photo, the common name for the animal, the scientific name, a description, some key facts and further details, such as diet, predators, population size, distribution and more.

Obviously, British Mammals isn’t going to help you catch more fish, but if you enjoy the countryside and want a bit better understanding of its inhabitants, then it may well be worth a tenner of your money.

CLICK HERE TO CHECK OUT THE LATEST PRICE ON AMAZON UK