Two Of The Lake’s Big ‘Uns In Tricky Conditions!

Dennis explains: I’ve just returned from a 3-night session on the Waesmere syndicate with Ignace de Roeck. The fish had just finished spawning, and in this game timing can be everything. We’d hoped that the fish would be up for feeding hard, with spawning being over, and it’d be prime time for some action.

We met up on the east bank, and while watching the water a decent one lumped out about 10 meters in front of us. Within minutes, several other carp showed in the same area, so that was decision made.
Unfortunately, once the rods were sorted and we were ready to go the fish had appeared to move off.

We decided to stop there for the night in the hope that the fish would move back, as perhaps they had moved due to the disturbance. That first night I landed a small mirror at 20lb 14oz, but for the second day and night there was nothing showing across the entire lake, which is very strange for this venue.

Walking the banks on the second day, which was hot and clear, Ignace spotted some fish basking on the surface on the opposite side of the lake. With that in mind, we loaded the barrows on the morning of the third day and headed to the opposite side. The swim we headed for is a long walk, and in the hot sun with a loaded barrow is wasn’t fun, but worth it if we were going to be rewarded for our efforts.

By 10:30am all of the rods were poised in position in the new swim, with Solar’s TunaMino hook baits coupled with Stronghold 101 hooks fished over a scattering of matching freebies. Through the day the air pressure started to drop and the fish started showing again by late afternoon. Going into the third night we were quite confident, and rightly so. 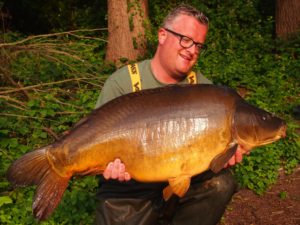 In the early hours my rod rattled off. A good fight followed, and we knew it was a good fish. Even in the half-light of dawn Ignace instantly recognised the carp as it slid into the landing net as a big mirror known as The Bull. In fact, The Bull is the biggest mirror in the lake! On the scales it was at a spawned-out weight of 44lb 12oz. It’s a fantastic looking fish and I was made up. 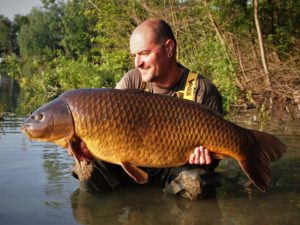 Just an hour later Ignace was in to a good fish as well. Again, another strong fight followed until eventually a good-sized common was landed. On the unhooking mat we identified the fish as one called Blind Fish, which is rarely caught, often making only 1 appearance each year.

At a spawned-out weight of 46lb, it meant we’d both landed one of the lake’s sought after residents and, in the conditions, we were really happy. Later that day I managed another stocky of 11lb and so with 4 fish to our names for the trip we were chuffed.

Thank you to Ignace for the invite to this great lake, and hopefully we’ll repeat the performance next year! 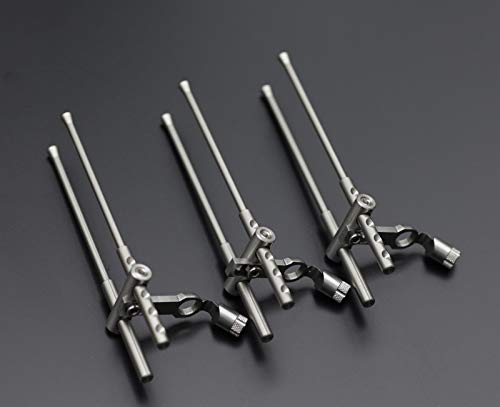