‘Baitrunner’ is a term that has gone hand-in-hand with the international tackle manufacturer SHIMANO for a number of years. It has been copied with varying degrees of success by many other firms, but remains forever attributed to the company who developed it. In fact, the term 'baitrunner' is registered as a trademark by Shimano (see http://www.ipo.gov.uk/), and has been since 1987, so reels by any other manufacturer using a similar system are technically 'freespool' reels, not baitrunners. 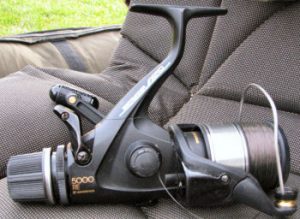 Each ‘baitrunner’ reel consists of over 120 component parts which go together to construct one of the most important recent developments in carp fishing. It allows the angler to set his rods up free from the concern that a large fish will pull them in, and that any fish which takes his bait will be able to take line, yet feel little resistance from his reels.  But how does it work?

A fixed spool reel is normally controlled by a clutch which may be at the front or at the rear of the reel body. This allows the angler to set the tension at which line can be pulled from the spool with the bale arm engaged to prevent breakage of the main line when playing a large fish. The baitrunner is an additional clutch facility that can be engaged to let line flow freely from the spool with the bale-arm engaged, but, with a simple turn of the reel or flick of the switch, normal clutch tension is applied to the spool.

What advantage does this give? With the rods in the rests, or on alarms, the baitrunner allows line to ‘freespool’ from the reel when a fish picks up the bait and is hooked against the lead or feeder. If the line was unable to release from the spool, then the rod would be pulled into the water or the line would break. By turning the reel handle or flipping the baitrunner lever over, the pre set tension is automatically reinstated to prevent the fish escaping.

The normal clutch tension is set using the rear or front drag, but the freespool is tensioned using the additional twist grip in front of the rear drag situated at the rear of the reel body (if that makes sense - I hope the pictures below help!). Baitrunner tension can be negligible or fairly tight to prevent fish running too far towards snags or other hazards. It can even be locked if necessary.

To set this method up properly, the rod is best supported in such a way as to remain untouched by the angler until the bait is taken. By using bank sticks or a ‘rod pod’, the rod position is maintained without interference on the bite alarm and the mainline can be passed through the appropriate indicator (swinger or bobbin) then the tension to the lead or rig correctly set. Flipping the baitrunner lever over then allows line to be taken (freespool) without disturbing anything except the bite alarm to alert the angler. On rushing to strike, the angler makes a quarter turn of the reel handle OR flips back the lever to revert to ‘normal’ clutch tension. If however, the angler forgets to engage the reel properly, then an overrun (or bird’s nest) may result as the line flies off the spool too fast and tangles!

The system works best when fishing a rig designed to produce a ‘bolt effect’ resulting in a screaming run, or legering for big fish using ‘the method’. It can also be used as a ‘shock absorber’ when there is the chance of something larger than expected picking up the bait. Ideal for night time use to allow the angler to get out of the sleeping bag before hitting the fish of a lifetime without the fish dropping the hook or pulling rods in! 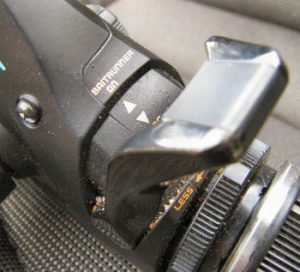 This is the lever used to engage the baitrunner (i.e. switch it on and off). Don't forget to set it, or your rod may get dragged in! 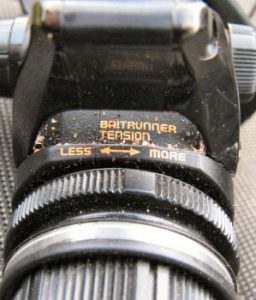 This is the dial used to adjust the tension of the spool when the freespool is engaged. Adjust it to set the tension at which the line can come of the reel when a fish picks up your bait. 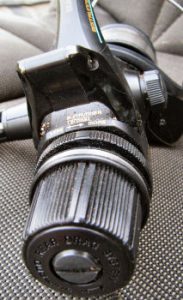 The dial at the rear is your standard drag. Adjust this one for playing fish.