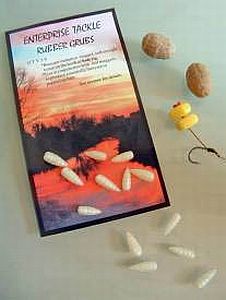 Sometimes, it's best to fake it…

I’ve been using imitation baits (also known as ‘fake’ baits) for more years than I care to remember now, and they are always a must-have amongst my tackle. Often, they’ve often pulled a result out of the bag when staring a blank in the face.

I’ve previously written at length about their obvious plus points, so won’t cover all the same ground again, but suffice to say I’ll always pick them over the real thing, and in terms of results I’ve never looked back.

Their durability and robustness, twinned with the fact you can get them in both floating or sinking formats, means that from a presentation perspective, it’s always going to stay on the hook during the cast, stand up to the attentions of silver fish, and be perfectly presented – ready and waiting for when that big carp comes lumbering across the lake bed looking for a tasty morsel to suck up!

I’d used them on and off for years, but usually mixed with a few real grains of corn, but my wholesale conversion came after our results on Birch Grove many moons ago. Birch was a water where you’d hire out the lake for a week between a party of four. It was often the case that people would fill it in with loads of bait, whether they caught or not, and as the end of the week beckoned, more bait would go in. Then, the following week, the next party would go on and do exactly the same thing! As we knew we’d often be fishing over a lot of bait at the start of our week, our approach was simply to starve them out, and boy did it work!

We would, honest to God, cast out all our rods, each with just two grains of fake corn on, then sit back and wait. You’d be amazed at how quick it worked; a totally different approach that changed my whole perception of just how good imitation baits can be when used totally on their own with no freebait.

Even now, I use a piece of fake corn to top off a boilie every time I fish one, such is my confidence in their ability to make your presentation that bit different from the norm. Not only do they add a visual stimulus, but they help me achieve a critically balanced approach with minimal fuss.

All my imitation baits are glugged. Yes, you can get flavoured baits but they fade with time and can pick up all sorts of other unpleasant scents if they’ve been dragged around in your tackle bag all season!

I now store all mine in a 60ml dip tub, with all sorts of baits in; corn, maize, tiger nuts and whatever else, all constantly soaking in a lovely scopex and ester blend mix. It makes no odds whether I’m fishing sweet or savoury boilies, I always top off with one of my glugged imitation baits, and every time I recast a rod, I replace with a fresh one and return the used one back to the tub so it’s soaking and ready to go again at the next recast.

As for colours, anything goes, but the deeper the water, the higher visibility or fluoro I’ll select. My favourite all time colours are standard yellow, red and high viz green.

With winter approaching once again, I’ll be turning to my imitation baits more and more to be fished just on their own. Casting around at set intervals in the hope of getting a reaction. They’ve done so well for me in this regard in the past that I’d be silly not to continue doing it again this winter and, as I say, every time a boilie goes out there’ll be one to top off.

They say it’s the little things that count, and in the case of imitation baits I’d be inclined to agree.