Where Anglers Are King 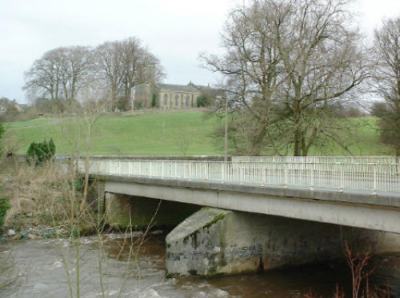 Home » Where Anglers Are King

A wise and erudite farmer once explained the art of weather forecasting in the area of northern England I’d just moved to. He pointed to Ingleborough, the highest of the peaks in the surrounding area, visible for miles and said: “If tha can see Ingleborough, it’s gonna rain; if tha can’t see Ingleborough, it’s raining” The morning in question was no exception to this rule, pitch-black, blowing a hooligan…about as unfriendly as the moor-edge could offer. The temperature on the other side of the duvet was a little over brass monkeys, and the timepiece at my bedside scowled 3 a.m. at me.

After I had convinced the fair-weather fisherman in me that leaving the warmth of the duck-down was a sensible idea, I dragged my reluctant corpus from under the duvet, turned on the heating (usually dormant at this ungodly hour) filled the kettle, and brewed the vital, life-giving elixir; a good strong cup of Yorkshire Tea. As I warmed my bones by a spluttering gas fire the bit of my brain that had by now gained consciousness strove to convince the rest of it to catch up to the half dozen or so cells that had deigned to respond voluntarily, I couldn’t help wondering about what drove anglers to this sort of insanity. Verity, my good lady wife had reminded me that the sane world was safely tucked up in the arms of Morpheus, with a 5 or 6 hours slumber in waiting, and considered any other use of time than this, bordered on hare-brained.

The Wenning just outside Thornes’ Cottage where I then lived.
Photograph by kind permission of Ron Hoggarth.

The hot sweet tea, reinforced with a generous splash of Johnny Walkers’ best anti-freeze began to percolate into my still numb brain and the sizzling aroma of bacon permeated the mental mist. Even if Verity did consider me to be just this side of criminally insane, she’d confided to her cat, Fat Bastard (her confidant when she needed to externalise her thoughts without directly addressing me) that, while she couldn’t alter the fact she lived with a gormless buffoon, she could at least ensure that the said gormless buffoon didn’t embark on his fools’ errand hungry, and had busied herself in knocking up one of her famous “light breakfasts” would “Put me on until the red cross brought me home with pneumonia and hypothermia”.

Ben, the Border collie that occupies the vacancy of family herder and barker-at-arms, barged his way in from his morning ablutions, glistening and smelling like wet dogs do. He looked up at me with bright eye and expectant gaze…”You are under my power…you will feed me all of the bacon and then throw sticks into the river” His optimistic attempts at hypnotism failed as usual, and he settled gratefully for the leftovers from last nights’ supper and a handful of dog biscuits before resuming his attempts to muscle in on my breakfast. “Want to go fishing Ben?” I muttered between mouthfuls; he did his obligatory circuit of the dining room at a mean 45 degree lean, planted his butt beside my foot, and stayed there for the duration of my fast-breaking, took grateful receipt of my plate and dutifully, licked it clean. “Pre-wash” is his nickname; much more thorough and infinitely quicker than any appliance of science!

I pulled on my waxed jacket, still heavy and damp from yesterday evenings’ unfruitful session, to a chorus of collie enthusiasm, checked my pockets for terminal tackle, flies, disgorgers and other essential gear, lifted the chosen weapon of mass destruction from the wall, a 10½ foot Hardy Elite, trying not to trip over Ben, who was by now herding me out of the door. It was no morning for the usual pleasant stroll that was our wont, and the mile or so walk over pastures and meadow was executed at a brisk march.

Dawn was still a few of hours away as I felt my way down to the rivers edge fifty yards or so down from “Shaky Bridge”, and though the babbling brook of a week ago was now in near-full spate, I fancy I heard the splash of a gambolling sea trout…but then again…who could tell against the background cacophony of the spate? It’s a form of self-delusory, aural hallucination that we anglers cheer ourselves on with, enabling us to make some sort of sense of the particular brand of mental illness that tempts us out into the tempest. Beneath the trees and bushes lining the Wenning, only silhouettes were visible. I made my way over to the fallen oak by the edge of the turbulent, chaotic river, sat myself down, lit a cigarette, and began to tune in to the river, separating the sounds and adjusting eyes and to the grey, autumn pre-dawn. I comforted myself with the thought that there was no doubt about the fish being there…I’d seen them coming up the morning before, in threes and fives over the falls a couple miles downriver…but would they play? It was in the middle of these cerebral meanderings that the unmistakeable “thwack” of a weighty sea trout’s flank meeting the surface of the river was to be heard above the muffled roar of the Wenning spate. Ben had heard it too, and took his place at my side, looking first at the dark corner of the river from whence the sound had issued, then at me as if to guide my fly.

Now…I always tell young anglers to take their time at the waters edge, to read the water before they start fishing, but on hearing evidence of a willing playmate, adrenalin was injected directly into my brain, turning knees to jelly, and mind to mush, and I was already retrieving my first cast before it struck me that I was fishing with a #16 nymph on the end of a 4lb. breaking strain leader! In the light of a small Maglight held between my teeth, and with shaky hands, I hurriedly tied on eight feet or so of gel-spun, 8lb. line and a weighted “Teal, blue and silver” and fishing blind, cast the fly down and across the stream, letting it come around to where I imagined mid-stream at the top of the pool to be, and began a slow retrieve. Though there was virtually no light, and more wind than I would have wished; the time I had spent practicing casting to this “hotspot” in daylight paid off, and my fly stayed out of trees and shrubbery. After a dozen casts or so, I decided that my fly; because of the speed of the spate was maybe fishing too high in the water and I traded it for an even larger, weighted version of the “Teal Blue and Silver”, and resumed my station at the water’s edge. So deep in meditation was I, that I almost jumped out of my skin when a gruff voice, inches from my ear penetrated the roar of the river, “Ought doin’, Jon?” Even the ever-vigilant Ben had failed to note the presence of the speaker. It turned out to be none other than my neighbour Alan, the best of three village butchers; keen angler and mainstay of our little club, who’d seen my face in the weak light of my little torch.

After swapping news and views, he went on up to the next hole, and left me to continue my assault on the Bridge Pool. The next cast produced a small but firm tug. I drew the fly back towards me and roll-cast it across the wild water, giving an extra meter of line and was rewarded instantly with a very convincing take, swiftly followed by a screaming, downstream run. Almost as soon as I applied pressure the line went slack. “Bol
locks!” I muttered, and began to retrieve line…then came the splash, not two yards in front of me…I’d turned it and it was still hooked! I regained contact with the fish and after a rod bending, nerve-racking eternity of adrenaline-fuelled fight, I netted a fine sea trout of around 2½ kilo, pristine, bright silver, with a fine crop of sea lice still hanging onto its’ flashing flanks. “New potatoes boiled with a fistful of mint, a light green salad and a beurre blanc sauce I think…” I muttered, and administered the coup de grâce.
I fished on for a further hour or so, but flushed with success as I was, I found it impossible to focus, and soon the grey dawn saw a cold, wet, tired, but otherwise happy angler and a jubilant collie wandering through the fields back to Thorne’s Cottage. Of course the silver treasure in the creel, which would disprove Verity’s accusations of insanity had some beneficial effect on the current mood…the final gratification would be putting a dinner of wild sea trout on the table, garnished with the field mushrooms that had shone out at me on my walk through the pastures on the way home. Even a kings’ cuisine can’t table finer food than that! Ben ran off his energy chasing a rabbit he’d raised in Corner Field, but it has to be faced that he is a herder of animals, not a killer, and he returned out of breath, looking very pleased with himself, having “penned” the bunny in a disused badger set. Fate had been good to me if not Ben, repaying my stubbornness with a fine dinner and an unforgettable morning; and not least, with Verity’s reluctant approval. After our second breakfast of the day, we relaxed before a roaring log fire, I with a cigarette and a small but perfectly distilled single-malt, and Verity with the every present F.B. on her lap, in complete, contented silence.

“Life just doesn’t get much better” I mused as my socks steamed their gratitude before the log fire: the summer and early autumn had been long and unseasonably dry, but finally the rains have arrived and now there is sufficient water in the river for the argent migrants to start their long run up to the redds at the valley head, and judging by the numbers of fish I’d seen coming over the falls, it was to be a bumper season with untold hours of joy ahead of Ben and I. The whiskey began to warm me from the inside, and the fire from the outside and with no resistance, I allowed myself to be gently transported to a land where the open season lasts forever, where it rains only at night when we’re warm in our beds and Anglers are King.