From The Privvy – Chapter Fourteen 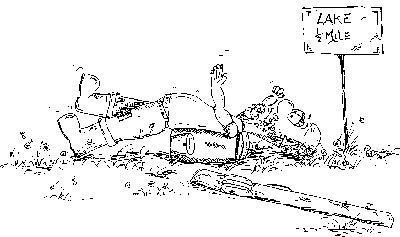 Home » From The Privvy – Chapter Fourteen

A Bit More About Bait

Although I would never suggest that the type of bait that you use is particularly important for catching carp I would, as previously written, suggest that if you are going to use any quantity of bait to make sure it is as complete as you can make it. It doesn’t matter at all what deficiencies your bait has if you only put a pound of it into your water each week, but if you are going to pile it in regularly then, if it has any deficiencies, the fish might suffer. In the past there have been fish deaths apparently caused by the indiscriminate use of particle baits and on a water where the majority of anglers are using the same particle, it is probable that some fish will became preoccupied with eating whatever bait is going in. If they stay preoccupied for too long they will eventually start to suffer and perhaps die.

This doesn’t only happen with particle baits, there have been unaccountable fish deaths on several well know waters over the past few seasons and in some cases these waters have been fished by anglers who are nearly all using the same type of base mix. Obviously, if a base mix is deficient in any of the carps requirements then any fish that become preoccupied will ultimately suffer.

It isn’t just carp baits that can cause problems, most match anglers ground baits are cereal based and on waters that regularly have big matches on them the amount of poor quality feed that the fish consume must be quite staggering. Most carp anglers who use particles would never consider using them uncooked, but match anglers often think nothing of throwing in pounds and pounds of groundbait that contains a high proportion of uncooked ground particles. Doesn’t make a lot of sense, does it?

Anyone who can remember doing science subjects at school will probably remember a thing called osmosis, for those who don’t remember it means that the flow of water through a semi-permeable membrane is a one way street, or in carp angling terms until water seeps into your boilies nothing comes out. Puzzling, isn’t it? What happens when you put boilies in the water is that any attractor that is on the surface of the bait will dissolve into the water immediately, but any attractor in the boilie cannot be released into the water until it is displaced by the water that soaks into the bait. Therefore, if after four hours in the water the depth of water penetration is an eighth of an inch, then the only attractor to be released is that which was in the top eighth of an inch of the boile crust. I would, therefore, suggest it would be beneficial not to put any atractor into your mix but to make the boilies and after they have cooled down put them in a plastic bag and pour the attractor an top, blow the bag up and shake it until the baits are evenly covered and leave for a few hours to soak in. If the quantity of your attractor is very small it can be dissolved with a little water or fish oil depending on what it is, before being poured onto your bait. It should also be born in mind that any soluble ingredients in your base mix will also leak into the water and put a signal out for fish to find, so base mixes can be altered to suit. A faster breakdown of the bait can be an advantage if you are only fishing for a few hours. One way of speeding up the breakdown of boilies is to replace one or more of the eggs with water – one egg equals about forty mils. of water. The following lists show the effects of vitamin and mineral deficiencies for anyone who might think that it is unimportant, I have also included a list of anti-nutrients contained within cereals, legumes and oilseeds for anyone who still wants to pile them in.

Gossypol – can depress growth and cause damage to various organ tissues.

Tannins – can cause poor growth.

Anti-minerals – reduce the solubility or interfere with the utilisation of mineral elements.

Anti-Vitamins – inactivate or increase the requirement of certain vitamins.

Acraloids – when metabolised can cause hepatic lesions, including necrosis, megalocystis, fibre tissue scarring and occlusion of the hepatic veins.