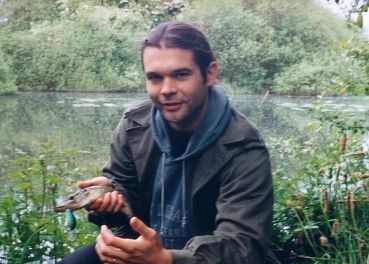 All week I’d been pestering Paul about his spinning technique; which spinner, what depth, style of retrieve and so on. Paul was his usual dry self and just told me he’d been doing everything to induce a take. By the point he hooked and landed the fat Jack he forgotten what he’d done to tempt it out of the lily bed. I spent my time reading Rickards and Whitehead and surfing the net for advice. The most important hurdle had been crossed. I had witnessed success with an artificial bait. Nothing is more important than having confidence in your method. My match fishing days had taught me that. The objective is to catch fish, anything else simply forces you to lose focus. The simplest method is usually the most effective as long as you can find the fish in the first place. A basic bar spoon, free-lined floating crust or bog standard float fished maggot are all it takes, the rest can distract you if you’re not careful.

I’d spent many hours analysing my spinning technique. Cast, fine, but where to? Plop, sink, but to what depth? Retrieve, okay, but how, and how quickly? I had spent the first session getting back into the angling mentality, this time I was going to be more serious. I hadn’t bought any lures during the week, I was going to use Paul’s until I felt confident enough with the things to spend money, argh!

More golden fishing tokens were dispensed and we were back at the spot where Paul had caught his pike. I chose one spinner, a copper spooned Reflex, just like the one Paul had used, one spoon, a silver Abu Atom as recommended by Stewart Allum and one plug. I was far more careful of my choice of plug this time. The weather had been fairly cold even for April so I knew that the Rapala shallow diver I ‘owned’ was probably no use as the fish were likely to be lurking in the deeper parts of the pit. I picked a natural-looking perch plug with an elongated horizontal plastic lip which Paul assured me would make it dive quite sharply.

I spent an hour or so systematically plopping the Reflex into fishy-looking, snag infested parts of the swim taking great care to vary the speed, depth and style of retrieve. Nothing. A further hour and I felt I knew the capabilities of the Atom spoon, very fishy looking, easy casting and a nice vibrating feel to the retrieve. Nothing.

I smiled as I clipped a silly lump of plastic to my link swivel. Cast, plop, float! This was different. I just peered at the small hump bobbing on the water. I felt smug as I cunningly brought the inanimate plug to life. I spent an hour enjoying the diving and bobbing being able to avoid even the most aggressive of snags. I smiled again, it was just like playing a tiny perch. I looked around for a lobworm.

The heavy rain and subsequent cold, dry spell had raised the level of the gravel pit, which due to its proximity to a river was only to be expected. In addition, the water had become eerily clear, ‘gin clear’ as my angling mentor, Don, would say. I’d witnessed the flashes and wiggling action of the Reflex, Atom and plug from some distance. The fish could see my every move! I’d taken my eye off the ball. I’d been more interested in the lures than the fish. The phrase, ‘lures catch more anglers than fish,’ came back to haunt me. Still, at least I hadn’t paid for these.

I verbally slapped myself and moved into the cover. It was more difficult to cast, but I felt happier that my clumsy silhouette wasn’t spooking every pike in Leicestershire. On my third jerking, diving, wobbling retrieve past some submerged tree roots I saw something. Well, sensed something more like. I carefully plopped the plug a few yards behind the snag and gave a quick jerk causing the artificial fish to dive about three feet. I could still see it in the diamond clarity of the water. Snatch! I yanked the rod tip back like a loony (or a yank even)! Plug clattered into tree above my head. I could hardly breathe! As the plug had slowed and begun its wobbling, upwards drift, a long, dark then twisting bright flash had shot out from the tree roots. The pike had snatched furiously at the plug. Unfortunately I’d managed to out-snatch the pike!

After a quick Tarzan impression I had held the plug safely in my hand. Cast, quick dive, snag! Two minutes later the line went slack and I could see my prize lure firmly attached to a dead tree under a foot of water. B******s! It had been time to leave anyway.

Paul had blanked which made me feel better. On the way home I had to spend some money. There had to be a similar plug to the one I had lost for sale in our local tackle shop. There was, and it cost me the best part of four quid! I also bought a couple of Reflex spinners. That bite had caused me to take leave of my senses and spend over a tenner on lures! My blood went cold as I handed over the cash. It had better be worth it.

The following Saturday I awoke more determined than ever. I had seen a fish caught, I had spent time getting to understand how different lures do different things and I had missed a clear bite. My confidence in the method was growing. Today was going to be a good day. The weather had been mild and settled and there was moderate broken cloud as we eagerly clipped lures to traces.

Armed with my new deep diver, I carefully explored weed beds and tree roots, alternating depths and speed of retrieve. The little plug proved a versatile tool. Nice casting, quick dive, not over buoyant so that it leapt out of the water, just fishy really. Then it happened. In fairly clear water as my enchanted friend wobbled past over-hanging hawthorns, a take! Almost an exact copy of the previous week except this time I didn’t panic, I simply gave a short, sharp tug and the rod bent.

‘Paul, bloody hell, I’ve got one!’ they could hear me scream in Mountsorrel, I swear. Paul came crashing through the trees like Schwarzenegger in Predator, but thinner. The landing net in his bracken scratched hands looked enormous as 12 ounces of Jack pike came to my hand. I was ecstatic. I unhooked the greedy bugger, the plug was as big as its head, and returned him with pride. My first ever pike, my first ever fish on a plug. To top it all I even defied drowning to recapture the plug I’d lost the week before from its watery grave. A landing net handle and extension cunningly fashioned from a branch did the trick.

I ranted on like Captain Ahab as we walked to another swim. This one was deeper, more exposed. I was thinking now. The floating diver has been useful in the confined, weedy swim, but it wasn’t up to making the bottom here. The Reflex spinner plopped into the wind-ruffled water about twenty yards out, I felt it hit bottom and gave a weed clearing tug. About a third of the way back I felt it snag, so I snatched it free. It snagged again, I snatched. It snagged, I struck!

Again, Paul ignored trees and undergrowth to bring the landing net. Which was, of course, surplus to requirements as another 12 ounce Jack came gently to hand. Unhooking the fish was not straightforward. In my eagerness I’d neglected to crush the bards of the spinner as I had done on the plug. After a few, long seconds trying to remove two of the treble’s points from the upper and lower side of the fish’s toothy jaws, I carefully pushed them forwards and flattened the bards with some needle nosed pliers. The fish was nursed back to health at the water’s edge and swam off quite happily.

This had been a warning. It was clear that the little pike was a very delicate creature in spite of its ferocious eating habits and infamous reputation. I quickly set about flattening the barbs on all my lures. I’d now caught two pike and was beginning to respect them for their beauty, strength and intelligence. I didn’t wish to kill one because of my stupidity.

I now knew I could catch fish on spinners and plugs, but I knew that this had been only the first step. Two pike under a pound are hardly the stuff of dreams, but they do make you wonder. I was far from being a lure angler, but the first steps had been taken. There was a lot more to this than chuck it and chance it. This was chess. What wilier and more difficult prey to fool than a hunter? Lemmy of Motorhead once sang, ‘The chase is better than the catch’. He was bloody right too. He also sang ‘..and don’t forget the joker.’ Does Lemmy go match fishing on barren canals?