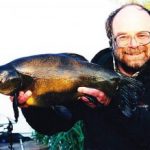 Without Steve Burke, there would be no Anglers' Net. Steve was the inspiration to launch this website in 1999, the source of many articles, the go-to man for contacts and, basically, my inspiration. Wingham was, and still is, our Mecca; the place where we often come together and turn virtual friendships into real-life ones. It's
Read More 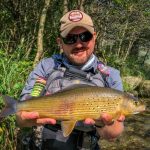 The Angling Trust has announced a change of leadership for Team England Fly Fishing’s squad that will compete in the 39th FIPS Mouche World Championships which will be held in Tasmania in November. One of England’s most recognised and successful anglers, John Horsey was appointed as manager in September 2018 was expected to lead England
Read More 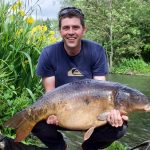 Thames Water’s famous Walthamstow reservoirs put on a great show for a group of anglers from Parliament and the Angling Trust which included the capture of a stunning, personal best 37lbs 7oz mirror carp by North Cornwall MP Scott Mann. Scott’s mirror carp was caught from Reservoir no.2 and fell to a chod rig and
Read More 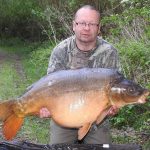 Retirement Present Andy Matthews, just demobbed from British Transport Police, had a great retirement present in the shape of a new record mirror of 61-04 from Wingham Carp Lake. Andy takes up the story: "Black Spot is the fish I've wanted to catch ever since Steve invited me to join the Wingham Carp Lake syndicate
Read More 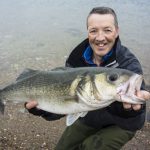 Recreational anglers fishing for bass are to be allowed to retain up to one bass per day from April 1st-31st October 2019 after EU fisheries ministers thrashed out an agreement in the early hours of Wednesday morning. It’s a disappointing result for anglers who were campaigning for the bag limit to be increased to three
Read More