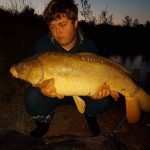 Carl Smith had a great session on peg 2, Pad Lake on Friday evening. He managed five carp in total with two twenties including a stunning ghosty. The largest of the session was a 24lb 5oz Mirror, closely followed by a 21lb prestine ghosty. He also netted a 16lb common and a couple around the
Read More 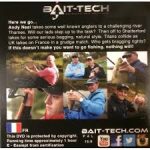 Although this FREE video from Bait-Tech was released in 2015 Advanced Bait Solutions 4 is full of highly informative and useful information.  It is presented in a way that is entertaining so will keep you watching it. Obviously the video promotes the Bait-Tech range but it does it in a way that actually gives you
Read More 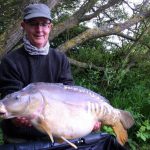 Arriving at the lake on the Thursday Baitwize tester Andy Payne baited up with a kilo of Supernatural which he had air dried so that he could Feed at range with a throwing stick.   As the hook bait Andy was using an 18mm Supernatural dipped in the same molasses used as an ingredient. At
Read More Nash produce some fantastic fishing videos and yes they obviously promote Nash products but the videos are more about showing different techniques of using their products to help you catch more fish. Carp fishing on park lakes is Alan Blair's speciality and in this episode Alan meets up with Joe Gladdis to take an in
Read More 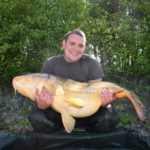 Birthday wishes don’t come much bigger or better than this. This impressive 64lb 4oz common has been landed by Solar Tackle team member Max Reichard on his birthday while on a session in France using the Solar’s TunaMino boilies, current under testing. “The start to the session was slow, but after changing my approach and
Read More