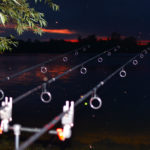 I've not done much carp fishing in my angling lifetime, except I guess for jaunts to France fishing their highly commercialised venues. I must admit though, this doesn't inspire me as much as the wild, weedy nature that these big gravel pit waters are often accustomed to. After my dibacle last season start where I
Read More

If your a fan of handcrafted fishing products it is well worth having a look at these handmade fishing floats by Ian Lewis.  His eBay shop is available here --> http://ebay.to/2sgUgpc although we will have a closer look at a couple of our favourite ones in a minute. The first float that we will have a
Read More Been a good start to the season for me on the Lower/Tidal Severn, cast out at midnight opening night after spombing a mixture of 3 FootTwitch assorted boilies and Monster Mix with extra added rock salt to help keep it fresh. Before I could cast the second rod the first went off, unfortunately lost it
Read More 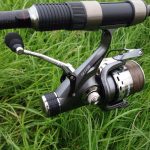 I had contacted Fladen as I have used several of their products before and asked them for a recommendation on a rod and reel for catching catfish up to 44lb as I wouldn't be fishing any waters that had bigger catfish and that I could also use as a carp or pike rod too.  I
Read More 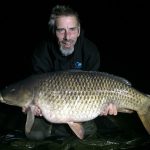